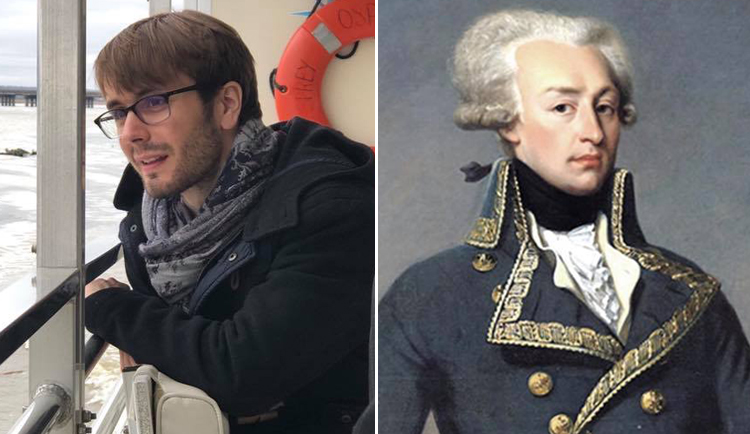 The Marquis de Lafayette is well-known in U.S. history as the French nobleman who joined the American Revolution as a major-general and fought in battles across the northeast and at Yorktown in the late 18th century.

Lesser known is the fact that he later visited Georgia – and the rest of the country – during a celebratory tour in which he traveled through each state in the nation. Julien Icher, of France, is bringing light to this episode by tracing Lafayette’s path across America as part of an initiative called the Lafayette Trail Project.

Icher, who is originally from Carcassonne, France, is hoping to “emphasize the long-standing friendship with America and the personal role that Lafayette played in it,” he told The Fayetteville Observer. He visited Fayetteville, North Carolina, in January as part of his project tracing the marquis’ journey .

Lafayette made the trip from 1824 to 1825, when there were only 24 U.S. states. Despite the fact that it had been almost 50 years since the Battle of Yorktown, the seminal fight that ended the war, Lafayette was still a major American hero.

In Georgia, he was accompanied across the state by then-governor George Troup. He visited various residences and public locations across Charleston, South Carolina and also stopped at Cheraw, Columbia, Edisto Island, Beaufort and Camden. And in North Carolina, in addition to Fayetteville, he stopped at Murfreesboro, Rocky Mount and Raleigh.

Find out more about the trail Lafayette cut across America and the Southeast U.S. by following the Marquis – and Julien – online as they make their journey.

And check out Icher’s stops across the Southeast U.S. in the below articles: