Office for Science and Technology [fr]

The Office for Science and Technology (OST) is a multidisciplinary team of professors, researchers and scientists spread throughout the United States, with its headquarters at the Embassy of France in Washington DC and six offices in the consulates of France in Atlanta, Boston, Chicago, Houston, Los Angeles and San Francisco. These strategic locations ensure coverage of high-potential sectors in terms of research, technological innovation and dynamic science policies.

Under the supervision of the Ministry of Europe and Foreign Affairs, the OST maintains close ties with the Ministry of Higher Education, Research and Innovation, as well as with all the actors in the French research ecosystem. It acts in cooperation with the other services of the Embassy (cultural service, economic service, social affairs service), and works in close collaboration with the representatives of the CNRS, INSERM, CNES, CEA and INRAE present at the Embassy of France in Washington DC with whom it forms the "Mission pour la science et la technologie".

The Office for Science and Technology in Atlanta

The Office for Science and Technology in Atlanta ensures the action of the Mission pour la science et technologie in the entire consular district, i.e. six states: Alabama, North Carolina, South Carolina, Georgia, Mississippi, Tennessee, the state of Florida depending on the Consulate General of France in Miami and the territory of Puerto Rico.

Its creation in February 2010 marks the willingness of the Ministry for Europe and Foreign Affairs to participate in the scientific and technological dynamism of the Southeast of the United States through the development of structuring partnerships between local public or private institutions and French organizations.

The main missions of the Office of Science and Technology in Atlanta are to:

If you wish to join our transatlantic community of scientists, researchers, entrepreneurs and industry leaders, please provide us with your contact information by filling this form, to receive exclusive invitations to our events and communications about our programs (your contact information will not be used for any other purpose). 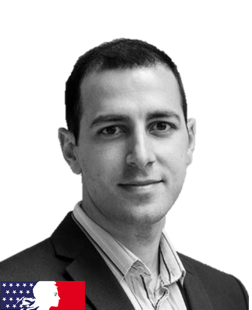 Rami Abi-Akl, PhD Attaché for Science and Technology Embassy of France in the United States Consulate General of France in Atlanta attache-univ@ambascience-usa.org

Rami holds a PhD and MSc in Mechanical Engineering from MIT, a Diplôme d’Ingénieur from Ecole Polytechnique and Ecole des Mines de Paris and is a government official of the Corps des Mines. He has explored a wide range of industries and led various entrepreneurial programs, especially the MIT Global Startup Workshop in India (2016), Chile (2017) and Thailand (2018), as organizer, managing director then advisor.

Rami joined the Consulate General of France in Atlanta in March 2020, as Attaché for Science and Technology. Prior to this appointment, he was a project lead at the Ministry of Economy and Finance of France focusing on the growth of the French innovation and startup ecosystem. He has led several Government initiatives to foster deep tech entrepreneurship and nurture innovative ventures across the country, through a dual appointment with La French Tech. He also participated in the interministerial efforts aiming to develop growth strategies for the ecosystem, design funding and training programs for deep tech startups, and implement funding initiatives in cooperation with Bpifrance.

During his tenure as Attaché for Science and Technology to the Southeast of the United States (MS, AL, FL, GA, NC, TN, SC, PR), Rami seeks to build strong partnerships in science, research and technology between the two countries, and to cultivate transatlantic innovation and technology transfer.

Benjamin Boumard Deputy Attaché for Science and Technology Embassy of France in the United States Consulate General of France in Atlanta deputy-univ@ambascience-usa.org

Benjamin Boumard holds a Master’s degree in Biosciences from the Ecole Normale Supérieure in Lyon and a Ph.D. in Cell Biology from the PSL University. His Ph.D. work, which was completed at the Institut Curie in Paris, focused on genetics, genomics, stem cells and oncology. During this time, he became interested in scientific cooperation and innovation and decided to pursue his career at an international level.

As a member of Atlanta’s Office for Science and Technology, he will support the development of scientific and academic cooperation between France and the United States, promote French research and innovation and facilitate the network of French researchers based in the U.S. Southeast. 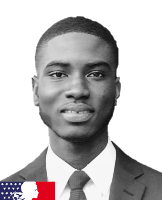 Kwame Akuffo is pursuing Bachelor’s degrees in Computer Engineering and French at Kennesaw State University (KSU). While at KSU, he has served as president of two organizations (French Club and Sowers of Knowledge), served as a resident assistant to over 100 on-campus students and interned at ServIT and IBM.

Kwame believes that technology can be utilized in unique ways to create value and that language provides an opportunity to develop deeper connections. 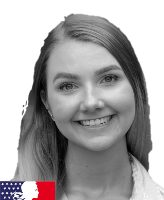 Jenna is pursuing a Bachelor of Science in Biomedical Engineering at the University of Florida with a specialization in Neural Engineering. She has a position as an undergraduate research assistant in the UF Brain Mapping Lab, working with a PhD candidate on a research project about the Attention Network. The projected goal for this research is to better understand the locations and functions of the attention network, to generate a map of the network, and guide future medical innovations for those with attention disorders. Jenna is passionate about biomedical research and development; her career goal is to make a positive impact on the medical field. 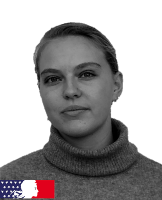 Sophie is currently pursuing a Bachelor’s in international affairs with a double minor in Spanish and Middle Eastern & North African Studies at the Georgia Institute of Technology. She recently interned at the Foreign Service Institute, a branch of the U.S. Department of State. In this role, she worked on redeveloping the curriculum used to teach French to diplomats and their families. Sophie is passionate about foreign affairs and their impact on the environment. 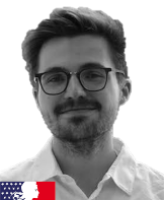 Zach recently completed his bachelors at the Georgia Institute of Technology, witha double major in psychology and French. He worked as a cognitive neuroscience researcher for two years, assisting in projects on aging, memory, and depression. During his time studying abroad, including an exchange at SciencesPo Paris and the GT Language for Business and Technology program, he saw first-hand the tech innovation happening in France. He is now working to participate in this innovation, pulling from his experiences as a researcher to connect science and policy. 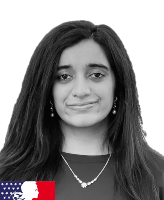 Humnah is currently pursuing a Bachelor’s degree in economics with a minor in finance at Harvard University. She gained experience in business development as well finance and marketing through internships at Hifinite Health, a digital healthcare startup based in Southern California. Humnah is passionate about economics and how economic policy impacts individuals, as well as investments and finance. 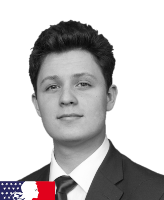 Mikhail is planning to double-major in International Studies and Political Science at the University of Florida. He is also pursuing a triple-minor in Economics, Public Health, and Health Disparities, as well as, a certificate in Medical Geography. His previous experiences include work for the Florida state department, volunteer projects with the local Orange County government, and a multitude of research studies under the Bob Graham Center for Public Service. Mikhail is very passionate about international affairs and seeks to get more involved with policymaking and global diplomacy in regards to technological advancements. 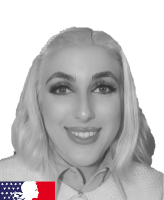 Alessandra is pursuing a bachelor’s degree in biomedical engineering with a minor in history at the Georgia Institute of Technology where she completed research on heart attacks and heart failure. She participated in an internship in biomaterials at the University of California, San Diego. She also worked in the production division and customer service division of a startup that focuses on stroke rehab. Alessandra is passionate about heart health and how it disproportionately affects low-income families in the United States. 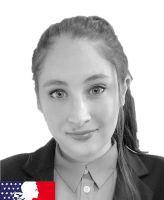 Caroline is a Ph.D. Candidate in Molecular Medicine at Case Western Reserve University and the Cleveland Clinic, where she researches epigenetic targets for non-toxic bladder cancer therapies. She moved to Ohio after graduating with her bachelor’s degrees in biology and chemistry from the University of North Carolina Chapel Hill. Caroline is a 2020 Mirzayan Science Policy Fellow at the National Academies of Sciences, Engineering, and Medicine, as well as a U.S. Congressional Intern. She is passionate about bridging the science-policy gap and engaging local policymakers to benefit the overall community.