The French consul general will present the Legion of Honor, France’s highest recognition of military service, to seven WWII veterans during a ceremony at the Georgia Capitol building later this month. 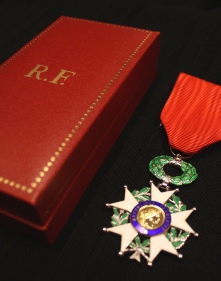 Tim Estes, the son of the late Bruce Estees, and Mary Beth Irrgang, the daughter of the late Edward Mercker, will accept the medal on behalf of their parents.

The recipients are from the states of Georgia and Tennessee in the southeast United States.

Some of America’s best known recipients of the Legion of Honor are generals Dwight D. Eisenhower and Douglas MacArthur, Admiral Michael Mullen and even, as an institution, the United States Military Academy at West Point.