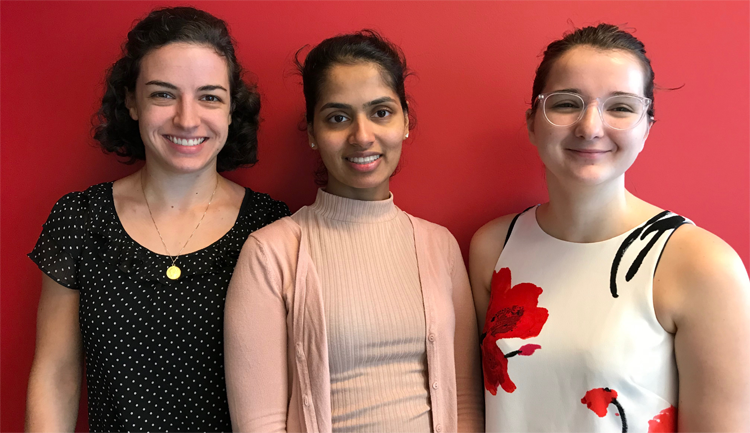 Before joining the Consulate General of France, Emily served as program coordinator at the World Affairs Council of Atlanta, where she helped organize more than 100 discussions on international affairs and global issues. Previously, she conducted business research for COGNEGY, a consulting firm that helps foreign businesses enter the North-American market. A Francophile born in the U.S., Emily lived in France for two years – one year to study at Aix-en-Provence and another to teach English in Castres as part of the TAPIF program (Teaching Assistant Program in France). She has been active in Atlanta’s French community since 2013 as a volunteer and member of the Alliance Française and the French-American Chamber of Commerce. She earned a bachelor of arts degree cum laude in French and economics from Agnes Scott College.

Mathu Mahendran was born in Sri Lanka and grew up in France. She graduated from Université Paris XI with a major in biology and interned in the lab of St Thomas’ Hospital in London. However due to lack of interest in laboratory work, she changed career paths to marketing and administration by pursuing a master’s degree in this field. Mathu moved to the United States in 2015. Prior to joining the French Consulate, she worked as a French teacher at Ecole du Samedi and as a substitute teacher at the Atlanta International School.

Madi Wickett is a third-year student at Georgia Tech studying international affairs and French. She previously studied at the West African Research Center in Dakar, Senegal, and Sciences Po in Paris, France where she furthered her interest in French and French diplomatic relations. As the intern for the press office for three months, she will assist the press attaché with the communication needs of the consulate.