French Tech is a global network of startup communities created to make France one of the most attractive countries in the world for startups. For more, please consult this summary article.

On April 21, 2021, the French Tech Atlanta initiative in Georgia, was certified by the French Tech Mission, thereby joining a network of French Tech startup communities located in more than 100 cities in France and the world. This certification, which attests to the dynamism of this tech ecosystem, will serve to accelerate the development and deepening of ties between this region and France.

Atlanta’s entrepreneurial ecosystem has grown exponentially in recent years, particularly in the fields of healthcare, fintech, digital security and entertainment, among others. Not only is Atlanta home to multiple companies and the world’s busiest airport, the city offers mutiple advantages to entrepreneurs: 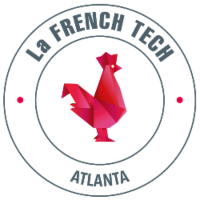 The French Tech Atlanta community has been created thanks to the support of the Consulate General of France in Atlanta, which facilitated connections between various stakeholders. In particular, the French-American Chamber of Commerce - Atlanta (Julie Lambotte, Executive Director), the French Foreign Trade Advisors (Sébastien Lafon, CEO of Adapt1st), and the Atlanta Office of Science and Technology (Rami Abi-Akl, Attaché for Science and Technology) were central to uniting a diverse community of entrepreneurs eager for more transatlantic relations.

The French Tech Atlanta community has received the support of some thirty ecosystem stakeholders, including French and American startups in Atlanta, universities, incubators, accelerators, associations, and government institutions such as the City of Atlanta and the French Consulate General.

The French Ministry of the Economy, Finance and the Recovery’s decision to award the "French Tech" label has been received with great enthusiasm, especially since it has been expected since last fall’s French Tech event during France-Atlanta.

French Tech Atlanta is committed to:

In this way, French Tech Atlanta will create a Francophile network in the heart of Atlanta’s ecosystem to strengthen the startups located in the city, catalyze the creation of new companies, attract tech talent, and develop cooperation channels between the state of Georgia and France as well as other French Tech communities around the globe.

For more information or to get involved in this initiative, please contact our Attaché for Science and Technology: attache-univ@ambascience-usa.org.

2020 Webinar: New Opportunities for French Tech in the U.S. Southeast