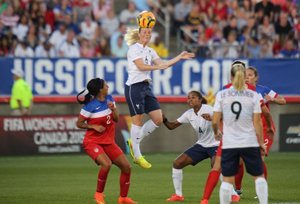 SheBelieves Cup is a friendly soccer tournament that will be held March 3-9 at three venues in the southeastern United States. Staged in advance of the 2016 Summer Olympics in Rio de Janerio, this premier women’s soccer tournament will include participation from the women’s national teams of England, France, Germany, and the USA.