Webinar: Bringing International Space Cooperation to the Next Level [fr]

Join us Tuesday, April 13 at 11:00 a.m. for an online discussion featuring key French, American and European innovators and leaders, including:

The webinar will focus on the upcoming Mission Alpha (scheduled for April 22nd at 6:00 AM), which will bring international space cooperation to the next level.

This event is organized by the French Consulates in Houston and Miami, in cooperation with the Embassy of France in the United States. 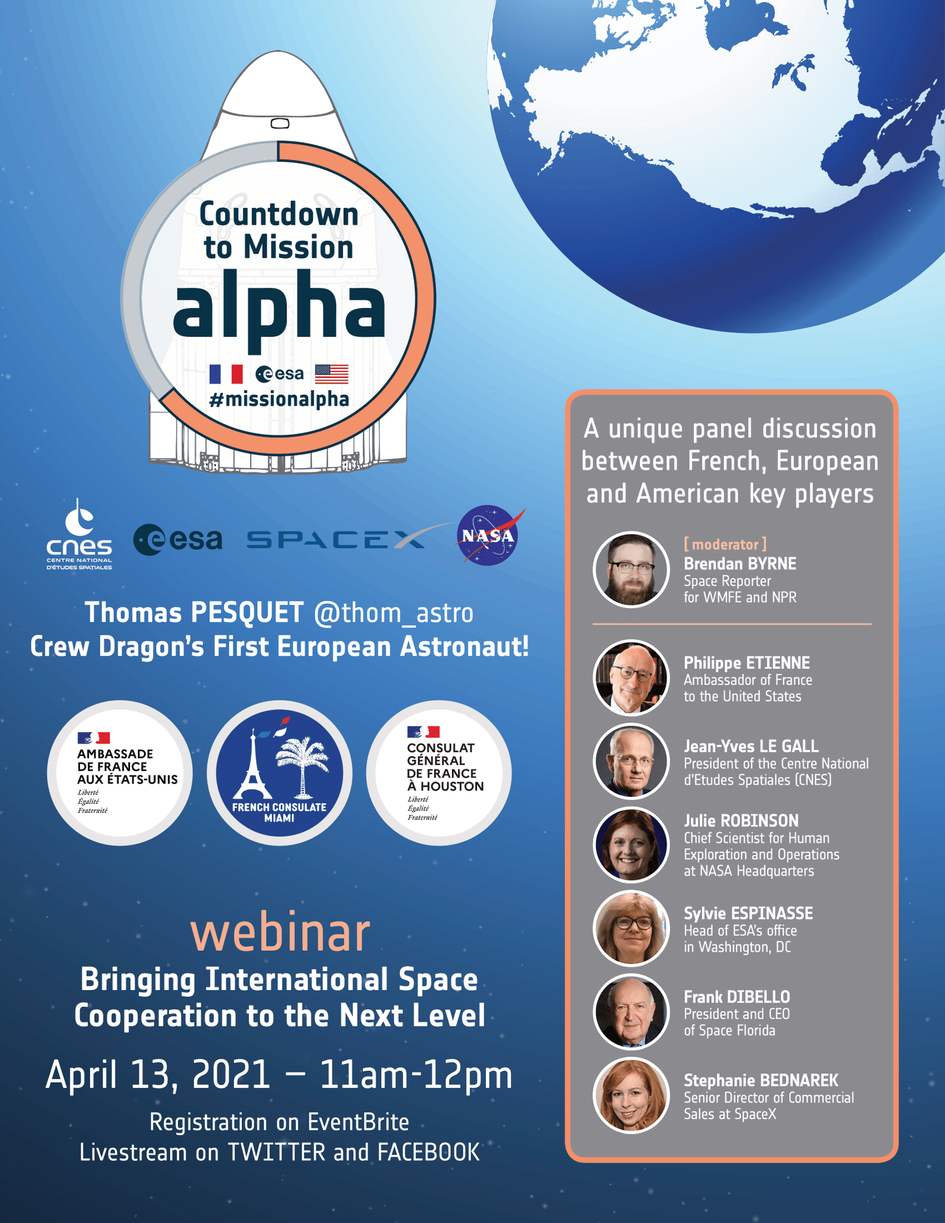