Home > Trade relations between France and the US Southeast

Trade relations between France and the US Southeast 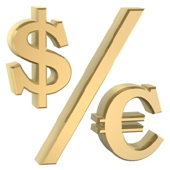 France is one of the largest economic partner of the American Southeast:

- France exports about $2.5 billion a year in goods and services to the American Southeast. They also import the equivalent of $2.8 billion worth of goods and services. This “balance of trade” thus has a balance ($300 million) which is slightly to the disadvantage of France. The main sectors covered by this bilateral trade are transport equipment, industrial machinery, wood products, chemicals and electrical/electronic equipment.

- New investments by French companies are appearing. The lastest ones to arrive in the region include Turbomeca in North Carolina, Sanofi-Aventis in Tennessee, Ingenico, BOI and Price Induction in Georgia. Numerous small high-technology firms are being created by French people, namely in the "Research Triangle" of North Carolina, and in the Atlanta area.

- The growing French business community is organized around two major organizations, the chambers of commerce of Atlanta (www.facc-atlanta.com) and North Carolina (www.faccnc.com), which are both very dynamic. French companies that wish to settle down or develop in the American Southeast are also supported by the Consulate General of France in Atlanta (www.consulfrance-atlanta.org), by the office Ubifrance of Atlanta, which specializes in the service sectors (www.ubifrance.fr), and by Atlanta-Accueil (www.atlanta-accueil.org). They are also very well advised by the Southeast section of the French Foreign Trade Advisors (ccefseus.host56.com/).