Sandra Jean and Thomas Tugulescu joined the team at the French Consulate earlier this autumn. 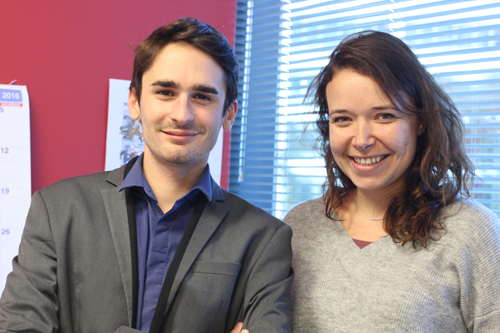 Both of them are completing a VIA –Volontariat International en Administration- a program allowing French young professional to work for government services abroad (Embassy, Consulate, Cultural Cooperation Sections…) for a year or two.

Thomas Tugulescu is the new Deputy Cultural Attaché in charge of educational and university cooperation. 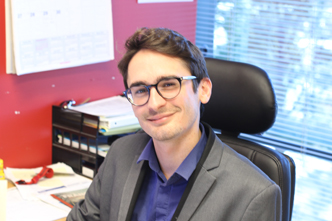 After studying at La Rochelle University in southwestern France, Thomas obtained a Master’s degree in European and International studies from Toulouse University. His international profile was confirmed when he chose to teach French at Málaga High School, in Spain. After this “unforgettable experience”, Thomas moved to Auckland, New Zealand where he worked at the international programs and partnership department and got the opportunity to strengthen his experience in the educative field. He then flew off to Brussels to work for two years on the new program Erasmus + and other European policies.

His new position at the French Consulate allows him to pursue his interest for education. Among his missions, he supports the development of bilingual immersion programs in our circumscription and also promotes French language through lectures, festivals and other cultural events. “Supporting bilingual schools and French teachers abroad is a thrilling experience!” he says. He also adds he particularly appreciates meeting different educative actors on the ground “to help them as best as possible”.

Like Thomas, Sandra Jean is the new deputy attaché for Science and Technology. 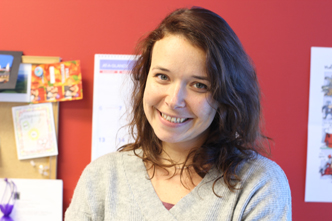 She graduated from Rennes University and then began her scientific career working at the Rennes 1 and Chizé CNRS, before leaving to Canada to complete research missions on marine mammals. In 2013, she was in put in charge of the program “Action Plan Marine Mammals” at the CAR-SPAW, the Regional Activity Centre for the Protocol Concerning Specially Protected Areas and Wildlife for the Caribbean Region, a program under the legal authority of the United Nations.

Sandra will have the opportunity to support projects of collaboration to encourage scientific partnerships between France and the United States, and promote the local scientific network. A fantastic opportunity for this globetrotter who wants to continue “working in the international cooperation field and on the preservation of sea environment”.

The Consulate is very pleased by its new members, already fully integrated in at the Maison de France. “The Consulate’s team is very welcoming, professional and eager to fulfill every mission” observes Thomas. Sandra adds she is “looking forward to seeing more”.