Home > The Consulate > News and Events > Memorandums of understanding signed between Paris and Atlanta airports and (...)

Last October, representatives of the Hubstart Paris Region Alliance, Aéroports de Paris, the Hartsfield-Jackson International Airport, the City of Atlanta as well as the Consulate General of France in Atlanta were present for the signing of two memorandums of understanding to promote economic development and the exchange of information between these two major international airport systems and their aerotropoli. 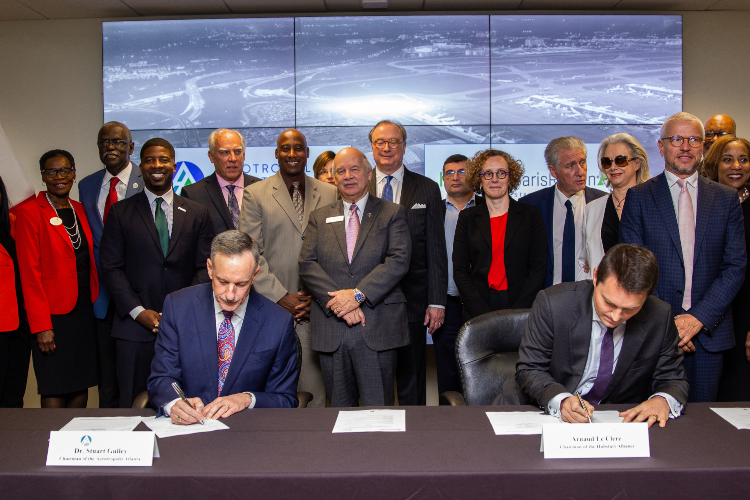 Aéroports de Paris and the Hartsfield-Jackson International Airport entered into a five-year sister airport cooperation agreement to deepen cooperation and increase the exchange of information and ideas.

In addition, Hubstart Paris Region Alliance and the Aerotropolis Atlanta Alliance – two alliances which seek to promote their respective airport areas and to extend the benefits of the airport to the area’s cities and residents – signed a five-year memorandum of understanding to deepen cooperation and exchange. This new agreement updates and extends the collaboration established in 2011 and renewed in 2016.