Home > Culture & Education > News and Events > Back to School with the Atlanta Office of Cultural Services: A (...)

Back to School with the Atlanta Office of Cultural Services: A recap [fr]

French language learning and French dual language education is a priority of the Embassy of France in the United States. Let’s take a look back at some of the fall’s activities of the Atlanta Office of Cultural Services to promote French language development.

Two training sessions on “Learning and Teaching with TV5Monde” were organized in Columbia, SC and Atlanta, GA. They were led by Dr. Jeanne Hageman, Associate professor of French at the North Dakota University and a certified TV5Monde trainer.

Over 75 teachers attended the one-day workshop focused on how to use and adapt for a French language classroom the resources available on the newly-redesigned TV5Monde website.

When schoolbooks can be limited in terms of resources diversity, TV5monde is a useful tool for both teachers and students. Indeed, the website offers free and updated resources suitable for all publics and all levels of French, following the European Framework (CECRL).

These two sessions, organized in partnership with Georgia State University – CULTR and for the first-time with the University of South Carolina, were part of a series of nine workshops organized across the United States by the Cultural Services of the Embassy of France.

Our first workshop targeting teachers involved in dual language immersion (DLI) programs in Georgia took place in October. Organized in partnership with the Georgia Department of Education World Languages and Workforce Initiatives, the goal of this workshop was to share ideas, real-world experiences and best practices for developing strong DLI classes.

Following up on the success of this first workshop, a second workshop will be announced in early 2020.

Dual language education has been growing fast in the United States, especially as the cognitive and professional benefits of a bilingual education have been widely recognized. Indeed, 10 public schools in Georgia, North Carolina and South Carolina are currently offering a French dual language immersion program.

Four of the ten French DLI schools in the Southeast have been selected to participate in this year’s French Getaways program. Created by the Cultural Services of the Embassy of France in the United States, this initiative aims to bring artists and scientists who speak French to French DLI classrooms, providing students with the opportunity to learn about the importance of learning French.

In October, children’s book author and illustrator Rémi Courgeon toured the United States with Brindille (Feather, the U.S. title). Feather, which is the story of a little girl who decides to swap piano lessons for boxing lessons, has received the New York Times Best Illustrated Children’s Book Award in 2017 and has been nominated for the first edition of the Prix Albertine Jeunesse. The author read the story of Feather to students at Waddell Academy, Evansdale Elementary, Da Vinci International School and Trip Elementary in the U.S. Southeast.

In November, three members of UniverSCiel organization stopped by the GLOBE Academy in Georgia to discuss stars and constellations with 6th to 8th grade students. After creating their own map of the sky, the students were able to locate the Big Dipper, the Little Dipper, Orion and so on.

High-schoolers and university students were also part of our fall programming with our Education Series. As part of France-Atlanta, the Education Series gives students the opportunity to learn about the humanitarian affairs in French-speaking countries as well as the benefits of French language proficiency in professional settings. Nearly 300 students discovered the Carter Center and Childspring International missions through presentations given by representatives from these organizations. 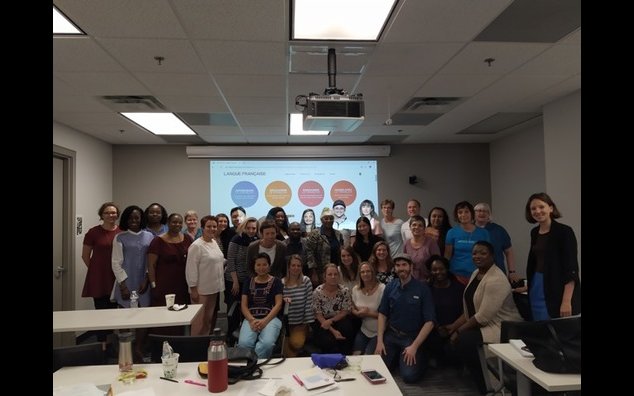 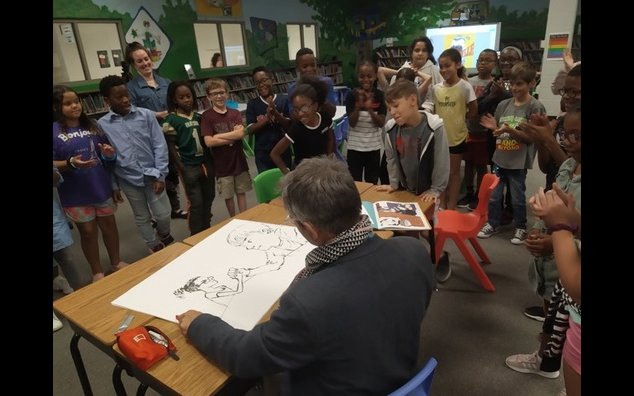 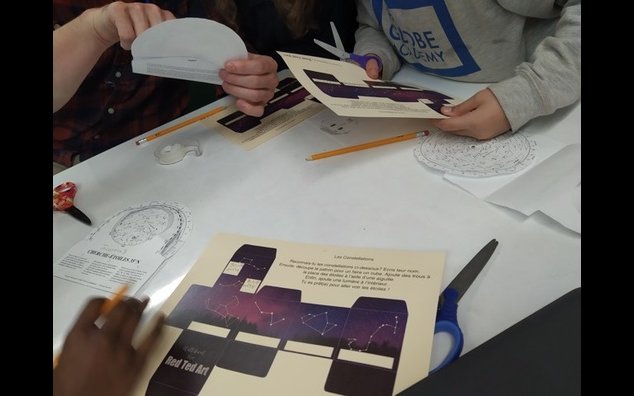