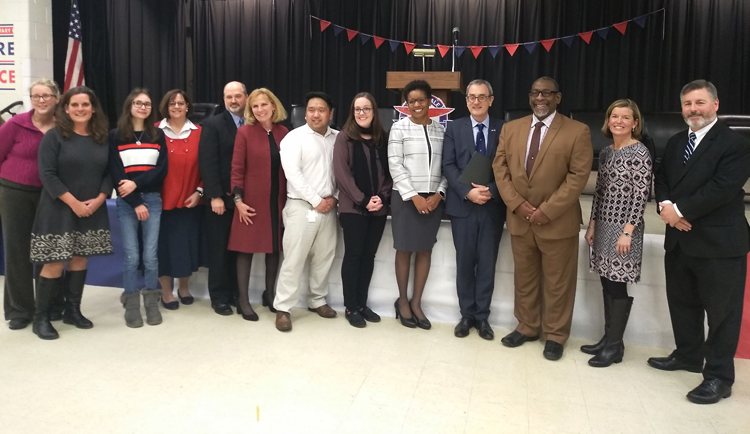 LabelFrancEducation was created by the French Ministry of Foreign Affairs in 2012 and is awarded to programs that demonstrate excellence in bilingual education. The curriculum must include extra hours of French class and use of French in at least one non-linguistic course, such as math or science.

The title was first bestowed on a school in the U.S. Southeast in 2017, when E.E Waddell Language Academy in North Carolina received the award. A total of 285 establishments across 53 countries have the LabelFrancEducation designation, making it a powerful tool to help spread French language and culture. The United States is one of the countries with the most LabelFrancEducation schools, with a total of 46.

At Evansdale and Trip elementary schools students split their time between French and English, following a U.S. curriculum while learning math and science in French.

Bravo to students, parents and faculty at both elementary schools for the hard work they carried out to receive this impressive title.