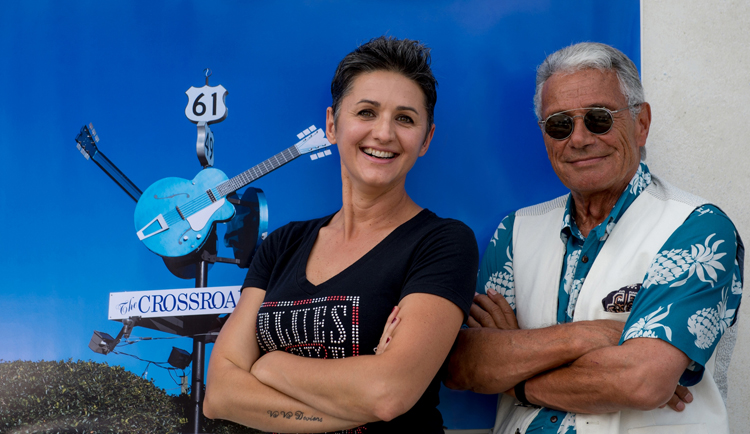 The 35th annual International Blues Challenge, which will run January 22-26 in Memphis, will be characterized by a strong French presence. In addition to the French musicians competing for group and solo prizes, the festival will feature an exhibition on Mississippi blues by French photographer Sylvie Bosc.

Every year, the International Blues Challenge invites musicians from across the world to compete in different categories. Participating in the group category will be the Fred Cruveiller Blues Band and in the solo/group category the Ronan OneManBand, both from France.

The Fred Cruveiller Blues Band is a trio from Toulouse which has already won several competitions in France and the United States. The group released its first album in 2014 and has collaborated with leading American artists. Ronan OneManBand is a staple of the French blues circuit, known for his resounding bass voice and his one-man-band performances that mix guitar, drums and harmonica.

Finally, Jean Guillermo, founder and former president of the organization France Blues, will be honored with a Keeping the Blues Alive Award on January 25. Guillermo is the ninth French citizen to receive the honor, and is being given an individual award, having previously been recognized in 2008 for his role in creating the festival Blues sur Seine in the Parisian suburbs.

Finally, French photographer Sylvie Bosc will exhibit her work through April 15th in the Blues Foundation of Mississippi’s Blues Hall of Fame. A preview followed by a meet-and-greet with the artist will be held at noon on January 23.

For the past three years, Bosc has accompanied French artists across the southern United States, capturing moments, people and landscapes with a direct or indirect relationship to the blues. These trips have allowed her to create the photo series “Mississippi, Land of the Blues,” which was programmed for several French Blues festivals. The expo was also hosted by celebrated French photographer Jean-Marie Périer at his Galerie du Causse. A book featuring photos taken in Memphis and New Orleans accompanied by commentary from 52 European and American blues figures will be published in the near future.