’Au cœur de Mai 68’ exhibit in the Southeastern US [fr] 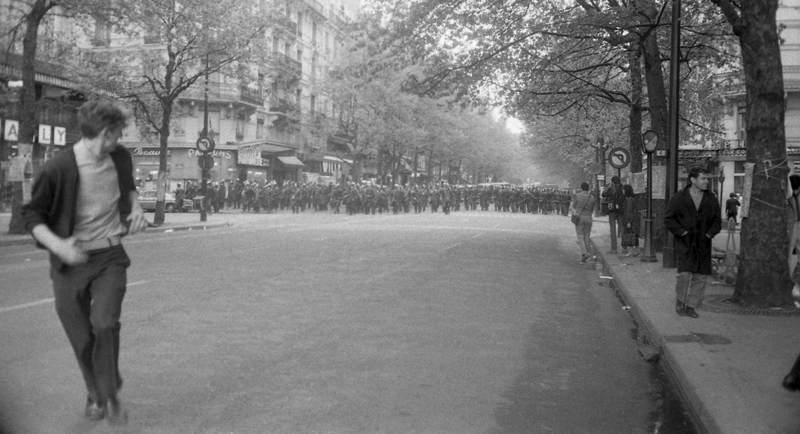 More than 40 never before seen photographs of France’s iconic May 1968 protests taken by French photographer Philippe Gras are going on display across the American Southeast, accompanied by a documentary film directed by historian Dominique Beaux.

Gras’ photos documenting the protests were discovered after his death in 2007. The events of May 1968 still play an important role in France’s collective memory and continue to fascinate abroad as well. Cultural and educational institutions in more than sixty cities ordered copies of the exhibit, which is titled “Au cœur de Mai 68.” Among those are four universities in the Southeastern United States.

The series simultaneously reveals the uncertainty and hope that characterized the demonstrations in the Paris streets. The documentary, titled “The Odd Spring of May 68,” includes interviews of those on “the other side of the barricade,” such as police officers and politicians such as the former Paris Prefect of Police Maurice Grimaud and an advisor to the prime minister on social and legal affairs, Edouard Balladur. Together, these two elements present a very comprehensive narrative of the period’s major events.

The University of Mississippi displayed “Au cœur de Mai 68” from April 5-30 at the Sally McDonnell Barksdale Honors College. The university also held two screenings of the documentary, which were attended by Ole Miss students and faculty, as well as local high school students.

Anne Quinney, professor of French at the University of Mississippi, noted the exhibit’s success as a educational tool and May 1968’s similarities with the current political climate.

"Fifty to 60 people attended the April 5 preview reception," Quinney said. "The students from the Mai ’68 seminar presented the historical and cultural context of Mai ’68, the biography of Philippe Gras, and drew parallels to protests by U.S. high school students (March for Our Lives) and the current demonstrations in France."

In Tennessee, the exhibit will be on display at the Vanderbilt Law School for four months beginning on April 30. Duke University and the l’Alliance Française of Raleigh-Durham-Chapel Hill will present the exhibit at the Maison de France in Raleigh during the month of May, with a lecture by journalist Hélène Crié-Wiesner on May 29. Finally, the University of Georgia will welcome the exhibit in fall of 2018.