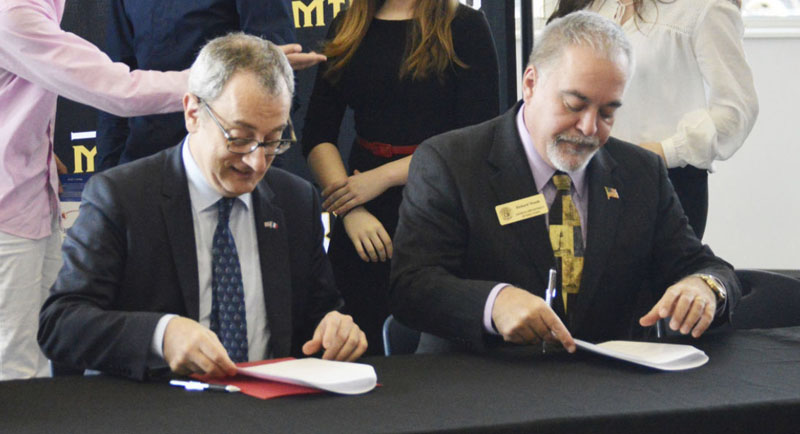 On March 1 the French Consulate in Atlanta participated in the renewal of a 2010 Memorandum of Understanding on the educational partnership that exists between the Nancy-Metz school district in France and the Georgia Department of Education.

The groundwork for the memorandum began 30 years ago, with a shared vision between the governor of Georgia and the president of the Lorraine region, who hoped to create a transatlantic partnership between their two regions. Five years later, the Georgia Tech-Lorraine campus was created, reinforcing this mutual commitment. The memorandum, signed in 2010, progressed naturally out of the regions’ longterm investment in learning and education. Its 2018 renewal is a reminder of the regions’ rich shared history and the bright future ahead.

A total of 12 students from general, technological and vocational high schools in the Nancy-Metz school district attended the ceremony. They were selected from 177 candidates based on personal research projects which they carried out. They spent three weeks in the United States, which allowed them to truly immerse themselves in the language and culture of the country and Georgia in particular. The ceremony for the signing of the memorandum took place at Mountain View High School in Lawrenceville, Georgia.

We look forward to developing more exchanges together!