Hélène Montardre has always loved a good mystery. As a young doctoral student, the author studied the oral histories of slaves in the United States— stories that were frequently incomplete, as slaves were forbidden from learning how to read or write. Often, these accounts were collected and written down after the Civil War by whites or the slaves’ descendants. 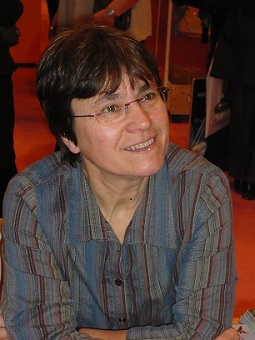 A Story Long in the Making

After finishing her dissertation, she put her research on hold and published several young adult novels, including her tetralogy “Oceania,” which deals with the effects of climate change in the near future. Still, she never gave up on the idea of writing a novel about the famous Underground Railroad, a secret network of abolitionists that helped slaves escape to freedom.

In 2015, Hélène Montardre received a grant from the Institut Français’ international artist-in-residence program “Hors les Murs,” which allowed her to finally pursue her longtime goal. The result of her US residency, “Marche à l’étoile” (Follow the Stars) was published by Rageot in September 2017. The novel tells the story of Billy, a 15 year old slave who escapes from a Georgia plantation to the North and freedom.

Her research for “Marche à l’étoile” began in Atlanta, where the French cultural attaché, Alexandre Durand, introduced her to the team at the Atlanta History Center and helped her gain access to the Center’s archives. Then, she rented a car and followed the same route as the novel’s hero. “I really needed to be there in person,” she explains, “in order to better understand the country’s size, its geography, its way of life, and to see what it would have meant to live in this kind of country, and to travel such long distances.” In Charleston, South Carolina, she visited the former slave market. In North Carolina, she met with the curator of the Museum of the Cherokee Indian, who provided useful information on the role Native Americans played in the Underground Railroad. Eventually, she drove North to the so-called “free states.” In Pennsylvania and Vermont, it became easier to document the journeys of runaway slaves, who had less fear of being captured once they crossed the Mason-Dixon line. 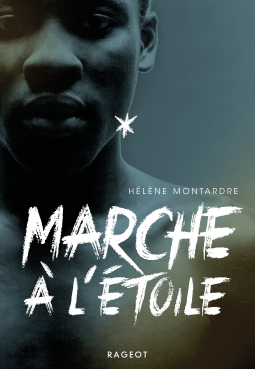 A Turn Towards France

However, Billy’s story doesn’t end in the North. In the second half of the book, his descendant Jasper Stone traces his family’s history all the way to France. In Bordeaux, Jasper meets Rose Durieu, a young French student whose ancestors owned and outfitted slave ships, and discovers that her own story is intertwined with his. When asked why she decided to highlight this oft-forgotten third side of the triangle trade, Mme. Montardre replied “We can’t disassociate Europe’s history from America’s. We talk about slavery in the United States as if it were a practice unique to that country, and that’s not the case. Between 10 and 15 million Africans were taken to America on European boats. We talk about it in France as an external narrative. I wanted to make clear that we also bear responsibility for this human trafficking.” Sensing that the realities of the triangle trade were not widely known in France, she thought it important to give young French readers access to this information through literature.

However, the question remains: Is Billy’s story true? According to Hélène Montardre, the answer likely lies in the memoires of Wayburne Washington, a former slave who escaped to Canada. It was in a work referencing this source that she discovered an allusion to Billy’s story, but the memoires themselves have never surfaced. Should one of our readers have any information about Wayburne Washington, Mme. Montardre would be very interested to receive it. Until then, his story will remain, like so many first-person narratives of the Underground Railroad, shrouded in mystery.