As we celebrate this month the tenth anniversary of the open skies agreement between the European Union and the United States, Marnix Fruitema, SVP North America for Air France KLM and Tim Kraft, Director of Alliance Sales Development at Delta Air Lines, will reflect on the key milestones & success drivers that have made the Transatlantic Joint Venture established between Air France KLM & Delta Air Lines one of the most established & successful Joint Venture in the airline industry. 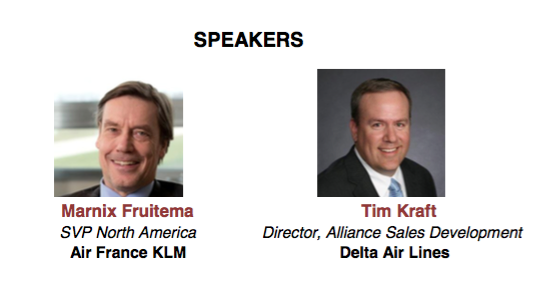 This alliance was the first Transatlantic joint venture, which lead to Delta Air Lines opening new alliances following this one, and is today one of the biggest Transatlantic networks.

The European Union and the United States sign an open-sky agreement.

October 17th 2007: Air France and Delta Air Lines set up a joint venture, implemented on 1 April 2008, on all routes between their hubs, as well as on departure from and to London-Heathrow.

May 20th 2009: Air France KLM and Delta Air Lines sign a joint venture agreement involving joint operations and the sharing of revenues and costs on their transatlantic routes.