Home > French presence in the US Southeast > Honored French citizens > Murielle Elizéon : a breath of inspiration

It’s an impressive and very eclectic career that we discover while interviewing Murielle Elizéon. As a dancer, a choreographer, teacher and entrepreneur, she never imposes herself frontiers or barriers. Just like her profession, her trajectory is in a perpetual move, and under an impressive rhythmic cadence. She defies the laws predicting tracked futures. She made up her own path through chance encounters. 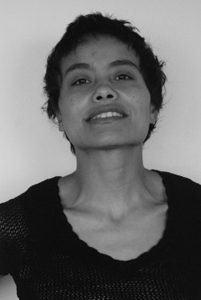 The story began in Nice. She says she ‘has always wanted to dance’. After a traditional route, where she shared her time between school and dance, Murielle realizes ‘she needs to make a choice’. She moves to Paris to follow a dance formation, and then begins a dancing career that will never stop.

Borders don’t matter. After Paris, and then Bretagne, she began her first international experiences. She pursues her dream in Buenos Aires, Argentine and presents her choreographies in several European companies, in Belgium, Switzerland, Denmark and Finland. She also danced in a company based in Germany, where she met her husband, who is American. 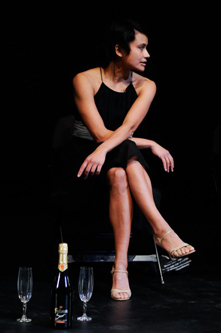 However, it is a ‘radical choice’ Murielle and her husband chose to make three years ago. They have settled with their 7 years-old Maya in Saxapahaw, a small village in North Carolina, a few steps away from her husband’s childhood house. After Paris, Berlin, Copenhagen, this decision differs from all her previous experiences. Saxapahaw is a small campaign village, which used to host a cotton mill, and was deserted a few decades ago. Today, the town has developed phenomenally; an unmissable opportunity for Murielle, who wanted to see her ‘daughter grow up in the trees’.

Saxapahaw is like a ‘bubble’, a heaven for the ebullient Murielle. In this town, the choreographer executes her artistic projects. She seems, for the first time to ‘root’ in a place and adds that she wants to continue to ‘see branches develop’ and get inspired from the world. 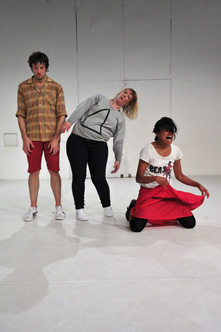 Barriers don’t matters. Her hybrid artistic projects mixing dance and teaching also foster dialogue between artists and local community. She co-founded Culture Mill, a non-profit organization inspired from European models. Culture Mill aims to invite artistic companies from all over the world and integrate artists to the local community of Saxapahaw and its surroundings. The geographical environment and the participation of the local community are integral to Murielle’s artistic ambition. The association has developed educational actions aiming at raising awareness among people about dance. A project will be soon realized in a high school, whose aim is to engage students in all the process of contemporary creation. Also, the ‘Trust the Bus’ project was a great success among the rural community who was in principle not interested by this kind of creation.

It is a big challenge for Murielle Elizéon, who wants to see Culture Mill as an alternative to ‘big dance structures’ in North Carolina and ‘small local projects’. ‘There is a lot of work to do’ she adds. However, the dancer doesn’t seem impressed: “in the United States, there are no subventions, no safety net”. People have to be fully engaged and committed to their projects. She notes ‘a bigger individual energy’, ‘people are more motivated”. She also adds that she and her husband, and all the other persons involved in Culture Mill could not have done in Europe what they have done here in the US in three years; a fantastic opportunity for the indefatigable artist.