Home > French presence in the US Southeast > Honored French citizens > Philippe Grosbois, conquering the world from Angers to Atlanta

Philippe Grosbois, conquering the world from Angers to Atlanta [fr]

Philippe Grosbois kindly took the time to answer our questions in Dubaï, between his two flights; while picturing the life of this French expatriate, who also holds American citizenship and who is currently working for the giant logistic company UPS, we can understand how his desire to work "absolutely’’ on the global scene was born. 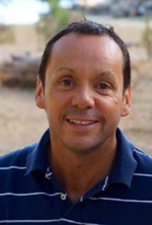 He told us that one day, when he was a young boy, his father who was working for a US company came home from a business trip, and enthusiastically declared that he would have loved to take his family in America if he had been younger. Since that day, the idea to live his life away, deeply rooted in Philippe’s mind.

After a brief Parisian experience, the native of Angers (Pays de la Loire, west of France region) took the chance to achieve his goal when a friend pushed him to send his resume at UPS. 24 years later, he is still working there, at the company headquarters in Atlanta. He finally obtained dual nationality in 2013, after spending more time in the US than in his birth country. After a few years spent in New-York and Bruxelles, he acknowledges that employer-employee relationship are far ‘’more friendly’’ and that hierarchical barriers are not so strong in the US. He adds that “being French” helped him a lot to achieve international missions and projects. At UPS, he is in charge of increasing the company’s size in emerging countries. He is deeply found of meeting new people abroad; He lived for three months in India to complete professional projects and is currently in Karachi, Pakistan. He says amused that his Facebook account is now full of friends met in the course of his trips all over the world.

When he is not abroad, Philippe Grosbois lives in Atlanta, the city hosting the headquarters of UPS. He admits that Atlanta ‘’was not on the top list of the cities he wanted to live in, it took (him) a few months to adapt’’. The challenge is now completely achieved since he declares it’s the first time he has been staying so long in the same place. The city offers many advantages; he appreciates the fact that it is growing and becoming more and more integrated in the international landscape; he also likes the multiple peaceful and pleasant neighborhoods of the area. He is also a comics “fervent fan” –he owns a big collection of comics- and particularly loves beach activities; he manages to practice stand up paddle, here in Atlanta. Furthermore, it’s also in this city that he met his wife, Regina who originally comes from Kyrgyzstan. They are both raising their almost-three years old daughter, Camille. The international path of Philippe Grosbois doesn’t limit itself to his professional career; At home, he speaks in English with his wife, and in French with his daughter who also speaks Russian with her mum. “I hope to see my wife and my daughter acquire French citizenship”. He still feels strongly attached to his childhood country: each year he comes back to visit his parents in Provence, his sisters living in the South of Paris and friends from Lille.

Philippe Grosbois also thinks it is important to sign his daughter up at the Alliance française so that she can practice French as much as she can. He is himself a member of the Alliance française and of the French-American Chamber of Commerce in Atlanta. Engaging in these associations allowed him to meet people and integrate when he arrived in Atlanta, when he only knew his co-workers. Today, he is the foreign trade adviser of the French American Chamber of Commerce: he pushed UPS to become a member of the association and also became the foreign adviser of the chamber in 2012, allowing him to share and meet other people and help French entrepreneurs.

It’s easy to guess that Philippe Grosbrois is eager to meet people. No one knows where his career at UPS will take him, but he declares to “be very happy”, and serenely wait for the opportunities time will offer him.