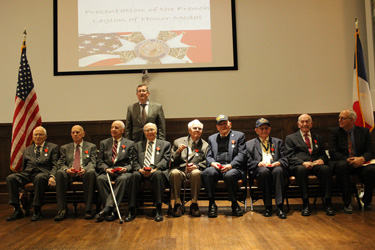 French Consul General Denis Barbet presented the Legion of Honor to 9 American WWII veterans during a ceremony at Montgomery City Hall on January 29, 2016.

In the presence of friends, family, and representatives of the City of Montgomery and Alabama Veterans Affairs, the following veterans were recognized for their service, which contributed to the liberation of France during World War II. 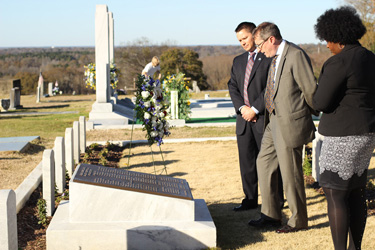 In 1943, French pilots were sent to the U.S. for training. More than 4,000 members of the French Air Force received training by the USAAF from June 1943 through November 1945. A bronze plaque at Oakwood Cemetery lists the100 French soldiers in the French Air Force and Navy who died in the U.S. during WWII.

Pictures from the Montgomery visit can be found on our Flickr page.