Home > French presence in the US Southeast > Honored French citizens > Frédéric Gresset’s secret to art de vivre in the U.S.

Frédéric Gresset’s secret to art de vivre in the U.S. 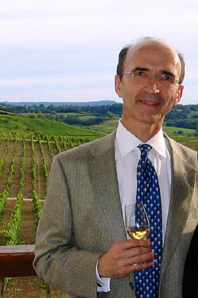 Sometimes life offers surprises that weren’t in the plans, but which lead to things so much better. Such is the case for Frédéric Gresset, whose voice exudes warmth, openness, humor, and an overall contentment with the choices he’s made and the life he’s built.

Thirty years ago, this native of the Jura region of France, not far from the Swiss border, came to the United States for what was to be a two-year MBA program at Tulane University. As Gresset described it, he was eager for a more hands-on approach than the theoretical foundation he received studying economics and political science in France. He had never intended to stay longer, much less permanently settle outside of France, yet like many college students, he met his American wife while in school and then found a job in finance and banking in Houston, followed by San Francisco, then Dallas… The family later spent seven years in Europe, where Gresset worked in Zurich and London, but it was finally the decision to be closer to his wife’s family in Virginia that led the Gresset family to move to Charlotte, North Carolina 15 years ago. There, Frédéric Gresset worked with Wachovia, which later became Wells Fargo, where he remains to this day, benefitting from his background and international experience as Senior Vice President of Global Banking.

What struck out to Gresset as he was starting out was the accessibility of the Americans he encountered. “Less bureaucratic than in Europe,” he found it easier to be given responsibilities at a young age. “Americans work hard,” he explained, “but they’re still very relaxed and laid back.” This greatly contrasted with his experience in Switzerland, where the professional environment seemed more formal and distant. “Here, everyone address each other using their first name, never their last names.” The warm welcome he received at work played out as well in daily life. When the Gresset family moved from San Francisco to Dallas and then to Charlotte, for example, neighbors welcomed them with cookies and tea. Thanks to the hospitality encountered in the U.S., as well as with the help of his wife and his work, making friends and connecting with others was never a problem.

What is interesting about this French businessman is the importance he places on relationships. It was never his intention to go into banking, yet this career path has proved quite rewarding for him, not simply for the sales aspect, but for the contact that he has with people from a variety of different sectors. Gresset finds great pleasure in learning about different industries from his clients, building lasting relationships, and working with people he respects. “I may be a bit old-school,” he laughed.

Since settling in Charlotte, Gresset has gotten more involved with the French community. He feels that it is his responsibility to take an active role in promoting French-American trade. To this end, he has served on the board of the French-American Chamber of Commerce of North Carolina for the last 14 years. In addition, he was a great help during the 2012 French elections, performing his civic duty by counting votes for the two voting rounds. Not only was “the experience fun,” but he was also able to meet many French people in the area as well as the candidates. “The issues don’t affect me directly like they do for French expatriates who are here for a few years and then return. Nevertheless, France needs my vote,” said Gresset. “If I could vote in my regional elections, I would.”

In his free time, Gresset enjoys biking, exercising, traveling, and discovering new things. His number-one hobby, however, is his family. His two sons are already out of the house and working, and his daughter, who seems to be taking the most active interest in her French heritage, is in college. An important lesson he took away from his parenting years—one that he encourages in young couples who are considering starting a family in a bi-cultural environment—is the importance of speaking French at home. In a household where English was the language of choice, Gresset said he “made the error of not speaking [to his children] consistently in French.” Consequently, his sons, who studied in a French school in Zurich, rarely speak the language today.

Nevertheless, there are some French traditions that persist in the Gresset family, such as the long, leisurely meals at the table. The lengthy lunches or summer dinners outside where people talk for hours, listening to the crickets sing, letting time pass—this is what Gresset misses most about France, an art he feels is missing here and seems to slowly be disappearing there. So when possible, he and his wife offer this timeless art de vivre to their dinner guests, who are often surprised, then grateful for a convivial evening of relaxing, connecting, living.

Perhaps this is why Frédéric Gresset has found such contentment in the life he has built in the U.S. Southeast. True, the ski resorts are much further away and having an apéro with the neighbors late in the summer evenings may not a given. Yet he maintains, in his own right, a certain art de vivre in the way he connects with people, and his openness to new discoveries and opportunities.