Home > French presence in the US Southeast > Honored French citizens > Pascal Vidal, educator and example of the modern global economy

Pascal Vidal, educator and example of the modern global economy 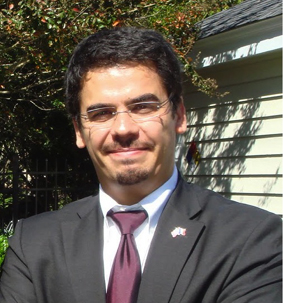 Carving a new path in unchartered territory requires an adventurous spirit, an open mind, and, as every expatriate knows, a supportive family. Dr. Pascal Vidal can certainly attest to that. As US Campus Director of the SKEMA Business School in Raleigh, he is a true pioneer in higher education, who, from the very start, has been involved in the process of planting a SKEMA campus within the North Carolina State University in Raleigh—a feat never before pursued by a French school in the United States.

The SKEMA business school, through its research and multi-site teaching programs, aims to train, educate, and equip students with the tools necessary to be successful in the modern global economy. With over ten years of experience with SKEMA as a professor and administrator, as well as his numerous publications, visiting professorships, and professional experience with the Regional Department for Research, Industry and Environment (DRIRE), Pascal Vidal, PhD graduate in Management Sciences from Université d’Aix-Mareille III, was the perfect candidate for the job of overseeing and developing the implantation of the Raleigh campus.

After multiple business trips back and forth, this Aix-en-Provence native moved to North Carolina in August 2010 with his wife and four children for a three year mandate. Despite the lack of French schools, that, like many French expatriates, initially worried the Vidal family, Pascal Vidal affirmed that the Golden Triangle is “an ideal region that is very welcoming with an excellent school system”. Indeed, Raleigh has proved to be a prime area to thrive in with its strong international population, supportive French community, and rich cultural opportunities. The family was particularly impressed by American hospitality, which revealed itself shortly after his two oldest children began school: some neighbourhood kids unexpectedly came knocking on their door and invited the children to come out and play, despite their virtually non-existent English.

Pascal Vidal found this same warm welcome in his work and professional relationships. Establishing a French institution within an American one is no easy task, and groundbreaking work makes it all the more complicated. Yet the North Carolinian institutions and American authorities have been extremely welcoming, helpful, and receptive to this global project that is now celebrating its one-year anniversary. In addition to overseeing academic coursework and student enrolment, Pascal Vidal assures the development of local, academic and professional partnerships, notably with the NC State College of Management with which SKEMA Raleigh works very closely. He is currently working with the latter to test shared courses between NC State and SKEMA, and the possibility of joint masters programs is under discussion. Despite the administrative demands that take away from his research and teaching, Pascal Vidal greatly enjoys the dynamic, professional environment of SKEMA Raleigh, in which he is able to interact with students, travel the world, put students in contact with business employers, and participate in this innovative global initiative.

Yet of course, none of that would be possible without the strong support of his wife and children, who dropped everything to embark upon this new adventure. When time permits, the family enjoys spending time together, sharing a meal with friends and colleagues at the house, visiting many excellent museums of Raleigh and discovering America (New York, California, Charleston so far) and American culture. The approaching American elections provide another interesting opportunity to observe and learn. Pascal Vidal also enjoys playing tennis with his older children and watching his twin three-year-olds learn English and French simultaneously (and often jumbled together).

Though his initial mandate in Raleigh is for three years, the quality of life and environment in the Golden Triangle are such that Pascal Vidal wouldn’t be opposed to staying here indefinitely like many of his international friends did. However, the impending higher education for his children requires that the Vidal family, as always, remains open to all future possibilities that this globalized world has to offer.