Home > French presence in the US Southeast > Honored French citizens > Claire Schlumberger, between Ecole du Samedi of Atlanta and a family for (...)

Claire Schlumberger, between Ecole du Samedi of Atlanta and a family for the less cosmopolitan 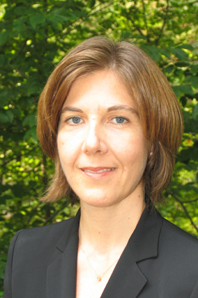 Claire Schlumberger has always been passionate about languages, the “true bridges between cultures”. So it came as no surprise to those around her when she chose at a young age to study foreign languages at the Sorbonne, and then continue her academic path at the Institut Supérieur d’Interprétariat for language interpretation.

Her interpreter skills led her to Germany, her first experience abroad which would be fraught with meaning for the future: there, she met her future husband, Axel. She, French, he, German, they would spend the next several years looking for a “common ground” to raise their three children.

After a few years in Switzerland, the Schlumberger family moved to Alabama, where Claire worked as a literary critic for the daily, The Anniston Star. However, it was finally in Atlanta that the family decided to settle for the long-term, a city where she feels at home. Above all, Claire loves the “warm and open” character of the residents in Atlanta, which she qualifies as a “little big city”. “In this sense, the Georgian capital enjoys the benefits of a big, cosmopolitan city, while remaining a human-sized city, homey with a true sense of closeness among its residents," she said.

Throughout her years of expatriation, in a family where French mixes with German and English (not to mention that her children are studying Spanish at school!), Claire Schlumberger has suffered from a lack of infrastructure in education in French for her children. Upon her arrival in Atlanta in 2002, she discovered the Ecole du Samedi, which had just opened its doors.

This association offers courses in language consolidation and learning French on Saturdays, for all levels (18 months to adults). L’Ecole du Samedi takes into account the individual pace of each child by offering two programs: one for children of French origin and another for children whose mother tongue is not French. Out of the 130 children, aged 18 months to 12 years, more than 20 nationalities are represented, with French functioning as the common link.

Her three children were among the first registered in this association! In addition, Claire soon decided to take an active part in the management of the association, first as a board member, then as business manager in 2005. "There is a real demand and need by members of the French community living in the region to learn and improve their French," she said. "This association is also a wonderful meeting point for French- speaking cultures in Atlanta."

After having spent years looking for a place in which all members of the Schlumberger family could call "home", Claire cannot see herself living anywhere else: "None of my children were born in the same country. My husband is German, I am French ... The United States is finally our anchor. If another expatriation is still possible, it will be short and we’ll come back here. Besides, my husband and I acquired U.S. citizenship a few months ago, "she said.

Today, Claire Schlumberger shares her time between the education of her children, her responsibilities at the Ecole du Samedi, her work as a freelance translator and her hobbies, like yoga—for which she holds two certifications—reading and the cinema. However, her favorite pastime is to stroll through the shops of Buford Highway, "true concentration of the American melting pot" ... but maybe we can rename this expression "melting pot à la Schlumberger"!