Home > French presence in the US Southeast > Honored French citizens > Bernard Anquez, a “facilitator” in economic relations between France and the (...)

Bernard Anquez, a “facilitator” in economic relations between France and the United States 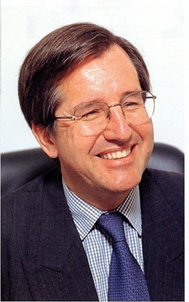 Between France and the United States, there is an ocean. There is also Bernard Anquez. The Vice President of Air France-KLM at Delta Air Lines is one of those people who, day by day, works to enrich the relationship between our two countries. Indeed, Bernard Anquez has been representing the French company at the world’s largest airline for six years. “Facilitator” of exchanges between the two companies, as he describes himself, Bernard Anquez makes the link between two cultures that meet, discover, sometimes confront each other, but always end up collaborating more and more everyday.

Two years ago, a joint venture between Air France-KLM and Delta Air Lines crowned this collaboration and the work of “facilitators” like Bernard Anquez. This strategic and economic relationship is very important for both companies, as it constitutes a model of development for transatlantic flights as well as a more general one for their future at a larger glance. Bernard Anquez’s role is “large and open”—representing Air France-KLM, he is in touch with all the services of Delta, so that “the interaction and the partnership go as well as it is possible.”

Thus, even though “everything goes well most of the time” according to Mr. Anquez, everyday comes with its own batch of problems, which is unavoidable when two cultures meet. Every three months, the representatives of the two companies meet in a steering committee of the joint venture. Those meetings require enormous preparation, so that nothing harms the collaboration between the two parties. In the long term, Bernard Anquez is also one of the determining figures who decides the future of this economic partnership.

Proud of his “unique role in touch with so many different and interesting people in both companies”, Bernard Anquez is happy with “the vitality of the partnership evolution” and with his part in “easing the transmission of the information”. Recently, a great achievement for him was the meeting between the CEO of Delta, Richard Anderson and the French Ambassador who was visiting Atlanta, His Excellency François Delattre. During “a rich meeting of great quality”, he spent “a very interesting and pleasant moment, which came as a result of the work he has been doing in order to gain trust on both sides.”

If Bernard Anquez is so efficient in his job, it is because he first completed a brilliant academic career, taking classes at Ponts et chaussées and La Sorbonne at the same time. He then left for the United States where he went to the prestigious Stanford University to complete a Master of Science in transportation planning. There, he took a class which would be decisive for his career— airline management, taught by a pilot of Pan Am.

He then began a successful professional career at Air France with a period of training, during which he traveled across the world, from Colombia to Japan. Next, he took a seven year break from the French company when he was send to Madrid to help create Amadeus, a transaction processor for the global travel and tourism industry.

After that: the United States. Atlanta, the “American challenge”, still intact decades after he first landed on American soil. Described as a “young and curious Frenchman”, “very Parisian”, he was then very enthusiastic when he arrived at Stanford. “I have always felt very close to the United States,” he says. The American journey was not supposed to last very long initially, but “the great comfort of life in the South” and “the very intense relations between the two companies” led him to extend his stay at a job where he is now essential.

For his tireless efforts to strenghten the economic cooperation between France and the U.S., Bernard Anquez was recently nominated Chevalier dans l’Ordre National du Mérite by French authorities. His key role in many associations such as the French-American Chamber of Commerce, Alliance Française and France’s Senior Trade Advisors (U.S. Southeast) also contributed to this nomination.

Today, one of his sons is doing his PhD at Georgia Tech. So now, as he says with humor, Bernard Anquez is ready to stay in Atlanta “for the next 6 months or 10 years.”