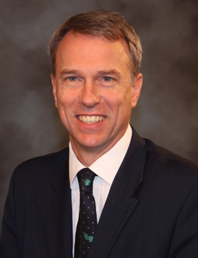 Mr. Eric Nozière is the Vice-President of the Corporate Planning and Program Management Office for Nissan North America, where he has worked since 2001. He is currently in charge of the future launch of electric vehicles in the region. Throughout his career he has had the opportunity to work for Nissan in international cities like Los Angeles, Toronto and Tokyo.

Spending most of his childhood in the Oise region, with frequent trips to Brittany and to Quimper, at the age of 10, Eric Nozière left France for the first time to go live in Switzerland for three years. This stay abroad was the first of many to come and undoubtedly got him used to life in an international environment. He then returned to Paris where his family lived, to complete his studies. After a successful high school academic career, he enrolled in Supélec, a top-flight engineering school.

After graduation, his first professional experience led him back in the international field, where he says he feels most at ease. Most notably, he enjoyed a mission for the Cegelec company in Brazil that, “restored his feel for living abroad.” Eric Nozière decided once again to leave France to pursue an MBA from Columbia Business School in New York City. There, he studied finance, marketing and international relations. He says that, “engineers would benefit greatly from this double training, which allows them to broaden their professional horizons. The more professional experiences you have, the more studies you do, the more international background you get, the better you are at facing challenges and adapting to the workplace.”

Thanks to his MBA, Eric Nozière was able to join the American market and found a job where his experience and training made him the perfect applicant— the automobile industry. “My course of studies at Supélec enables me to fully grasp the technical aspects of such a company, most notably, time and cost constraints.” He spent five years working in the finance division of General Motors, and then joined the American branch of Nissan, which understandably appealed to him, given the company’s international diversity. “Nissan has a triple culture— Japanese, European and American. It is also organized in such a way that all of the managers must be fully prepared to adapt to various cultures for numerous projects,” says Eric Nozière. His company has given him the opportunity to increase his knowledge and to discover other ways of working, through countless trips to South America, North Africa and Asia.

During his professional career, our Honored French Citizen rarely lived in the same city, even the same country, for extended periods of time. From New York City to San Francisco, Los Angeles to Toronto, Tokyo to the U.S. Southeast, his average stay was only three years. These frequent moves occasionally bring unexpected comical situations, like a sixty degrees Fahrenheit difference from Los Angeles to Toronto in February! Despite changing homes often, and learning new foreign languages along the way, he was always fortunate enough to have his family supporting him and following him in each of his stays: “to be able to stay with my family, I try to coordinate my change of positions within the company with the beginning or the end of the academic years.”

In spite of his affinity for an international way of life, Eric Nozière remains extremely close to France and his culture; his three children are bilingual, French is spoken on a regular basis at home and he and his family visit France from time to time to see relatives. Furthermore, he is a Foreign Trade Advisor for France here in the U.S. Southeast. This position, which he held perviously in Tokyo, allows him to “stay in touch with his country and help France to develop abroad.” This position also permits him to work closely with the Consulate General of France in Atlanta and the Alliance Française thanks to.

Now living in the South, commuting between Franklin, Tennessee and Atlanta, Eric Nozière is working on a fascinating project— the launching of Nissan’s electric car The Leaf in the American market. Being vice-president, he needs to keep an eye on every single aspect of this launching, from the marketing aspect, to construction of production unit in Tennessee, to the signing of agreements with local governments. This is no easy task, as Nissan plans to become the leader in the electric car market in terms of sales. There is no doubt that his previous experiences and his knowledge of the best of the Japanese, European and American cultures are invaluable to leading this project.