Home > French presence in the US Southeast > Honored French citizens > Chef Roger Michel, incarnation of the French cuisine in Savannah

Chef Roger Michel, incarnation of the French cuisine in Savannah 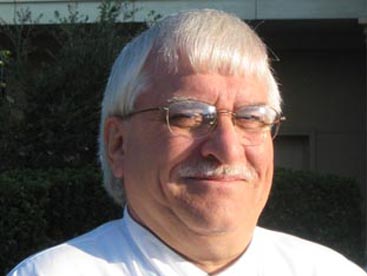 Chef Roger Michel, executive chef of the Westin Savannah Harbor Resort, in Georgia, traveled all around the world and discovered a multitude of different cuisines. Despite all of these culinary and cultural discoveries, Chef Michel stays true to one constant: “promoting a simple French cuisine, based on quality local products.” His talents led him to receive numerous awards and distinctions, the last one being the National Order of Agriculture Merit, which he received on January 12, 2010 by Nicole Hirsh, Representative of the French citizens on the East Coast of the United-States of America.

Living in the United States since 1981, and after stints in luxurious hotels in Orlando, Washington D.C., Austin and Boston, Chef Michel has now been in Savannah for seven years. Locals and tourists visiting the region now have the chance to taste his wonderful cuisine, like his lobster and filet duo with a chili mango butter sauce.

Chef Michel has always been immersed in the world of cuisine and has developed, since his earliest days, a feel for tasteful dishes. His parents owned a restaurant in Savoie where he helped them after school. He also received a degree from the Catering School of Bellegarde, in the Ain, where he mastered all the aspects of his passion and discovered new ways to cook. During his training, his culinary skills were soon recognized. Chosen as the best student in his class, he participated in the event “best apprentice of France”, where he reached the semi-finals.

He began his international career in the hotel-restaurant industry forty years ago in London, where he worked for great hotels with renowned chefs. London also bears a special significance in Chef Michel’s life, since he met his wife during his tenure there, with whom he has three daughters. His talents were again recognized by his peers when he was elected “Chef of the Year,” received a bronze medal at the London “Seafood Awards” and two silver medals in the IKA Culinary Olympics in Frankfurt. Thirty years ago, he joined Hilton International in the United States, where he now resides and works.

All the awards he received are linked to two crucial aspects of his cuisine: the quality of his ingredients and his creativity: “When you cook you need to look for a local ingredient, very simple, and you mustn’t intend to undermine the ingredient’s taste under too much sauce. My cuisine is a mix of numerous flavors and is constantly evolving. Cuisine is a perpetual learning field.” If the base of his dishes remains French, his recipes change and adapt to the different cultures he has encountered. As a matter of fact, his plat du jour at the Westin is the local sweet low-country shrimp cooked with a white wine and served with a sweet chilli sauce. Chef Michel also knows how to borrow local recipes to please his clientele, for example by making Southern dishes like grits or fried chicken.

After a highly successful career, Chef Michel envisions fulfilling his dreams of travel within the next four years. He wants to do a world tour with his wife, and plans on spending more time in France. Despite all this, his cuisine won’t disappear, as he plans on opening his own restaurant in the U.S. and discovering new recipes to incorporate into his menu.