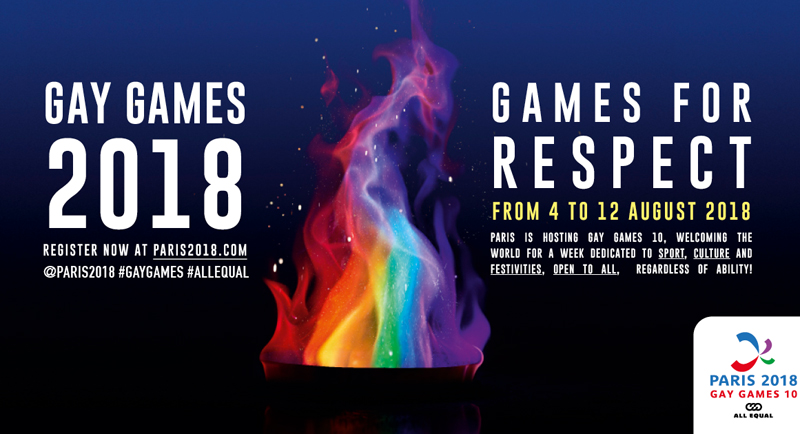 Atlantans and members of the city’s LGBT community gathered at the French residence on March 7 for a celebration of this year’s Games, which included remarks by French Consul General Louis de Corail and Paris 2018 Director of International Relations Emy Ritt. Representatives from local LGBT performance groups, including Atlanta Freedom Bands (composed of a concert band, marching band, swing band and color guard) and OurSong, Atlanta’s mixed LGBT chorus were present, as well as members of Atlanta PrimeTimers, a social group for older LGBT Atlantans. For a slideshow of the evening’s festivities, click here.

A total of 36 sports will be a part of the 10th edition of the Games, which occur from August 4-12. These include classics such as volleyball, basketball and diving as well as several specialty sports such as the French game pétanque. Participation is open to all, without criterion or selection. Another important aspect of the Gay Games is its cultural component, including 14 cultural events and individual and group performances.

Paris 2018 insists on inclusion and diversity by and in sport. The Gay Games allow LGBT people to affirm themselves, and strengthen their legitimacy and visibility of LGBT sports and cultural associations. The Games also aim to shine a light on the talents and richness of culture in Paris and the Ile-de-France region. Additionally, the festivities are sustainable and eco-responsible.