As part of the presentation of new simplification measures by the Prime Minister, Matthias Fekl, Minister of State for Foreign Trade, the Promotion of Tourism and French Nationals Abroad, presented ten measures to help French citizens living abroad return to France.

As such, the government has created [an online simulator "Return to France" >http://retour.apps.simplicite.io/ext/REFFront] which enables French citizens living abroad to known, according to their particular situation, the steps to be taken upon their return.

This is one of the measures that the government has put into place following a report "Return to France of French nationals living abroad" by French senator Hélène Conway-Mouret given to the Prime Minister. Other measures assuring a better administrative continuity between periods of expatriation and life in France were announced in the areas of housing, health insurance, taxes, and retirement. 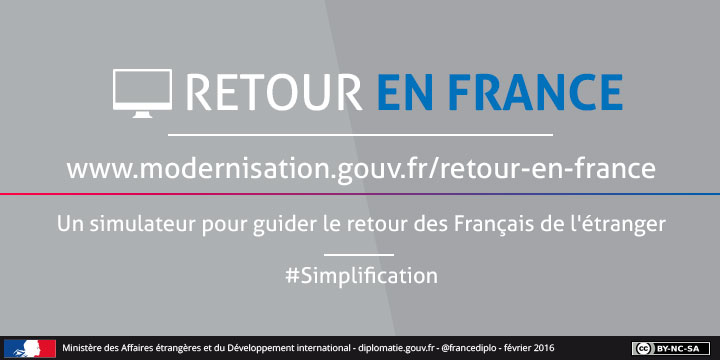 Download the press kit 80 new measures to simplify the lives of the French (in French)- (PDF, 812 ko)