The French consul general presented the Legion of Honor, France’s highest recognition of military service, to seven WWII veterans during a ceremony at the Georgia State Capitol building on September 25, 2017.

The recipients were from the states of Georgia and Tennessee in the southeast United States.

"We the French, we will never forget what you did to restore our freedom. And today, we also remember the ultimate sacrifice of so many of your comrades who rest on French soil," de Corail told the veterans.

Some of America’s best known recipients of the Legion of Honor are President Dwight D. Eisenhower and General Douglas MacArthur, and even, as an institution, the United States Military Academy at West Point.

For a slideshow of the Legion of Honor ceremony, click on the photo below: 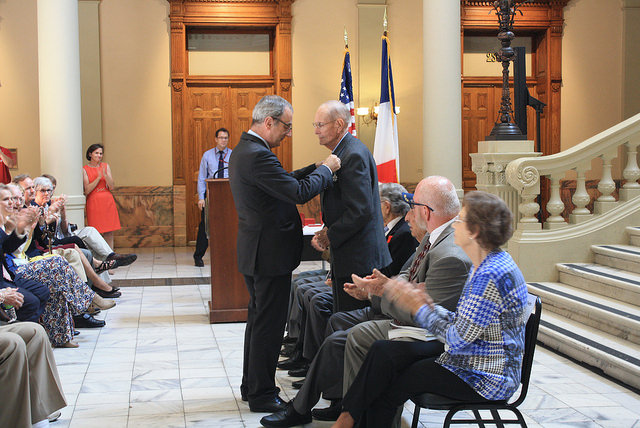