Security - Information for travelers to France

General information about security measures taken to ensure your safety during your trip in France. 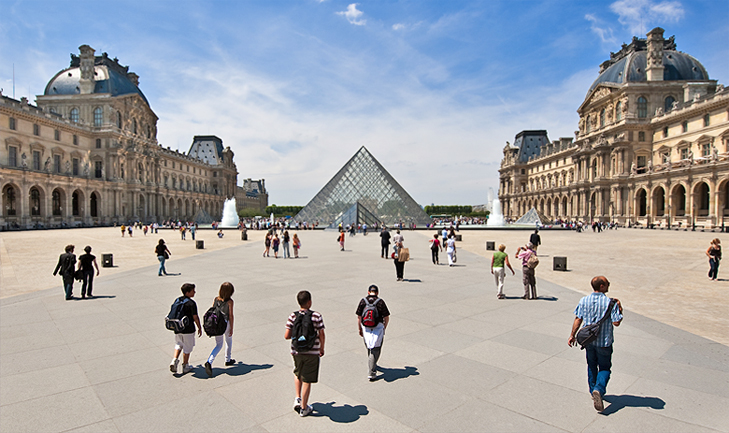 What measures have been taken to ensure the security of tourists?

Security is a priority for all:

The state of emergency is a measure declared by the President of the French Republic to keep people in France safe. This provisional measure means increased security checks and greater police powers.

Police and gendarmerie reinforcements have been deployed throughout national territory. Inspections and staff numbers have been increased in public transport and around public sites, including tourist attractions (three-fold increase in staff at Parisian sites compared to usual levels).

All representatives of the tourism sector have announced the recruitment of additional security staff to ensure the safety of visitors.

On November 7, 2016, an ambitious tourism policy was adopted with a new plan worth €42.7 million. It’s number one priority is to ensure the safety of tourists in France particularly by further securing tourist sites, including by means of video protection equipment. 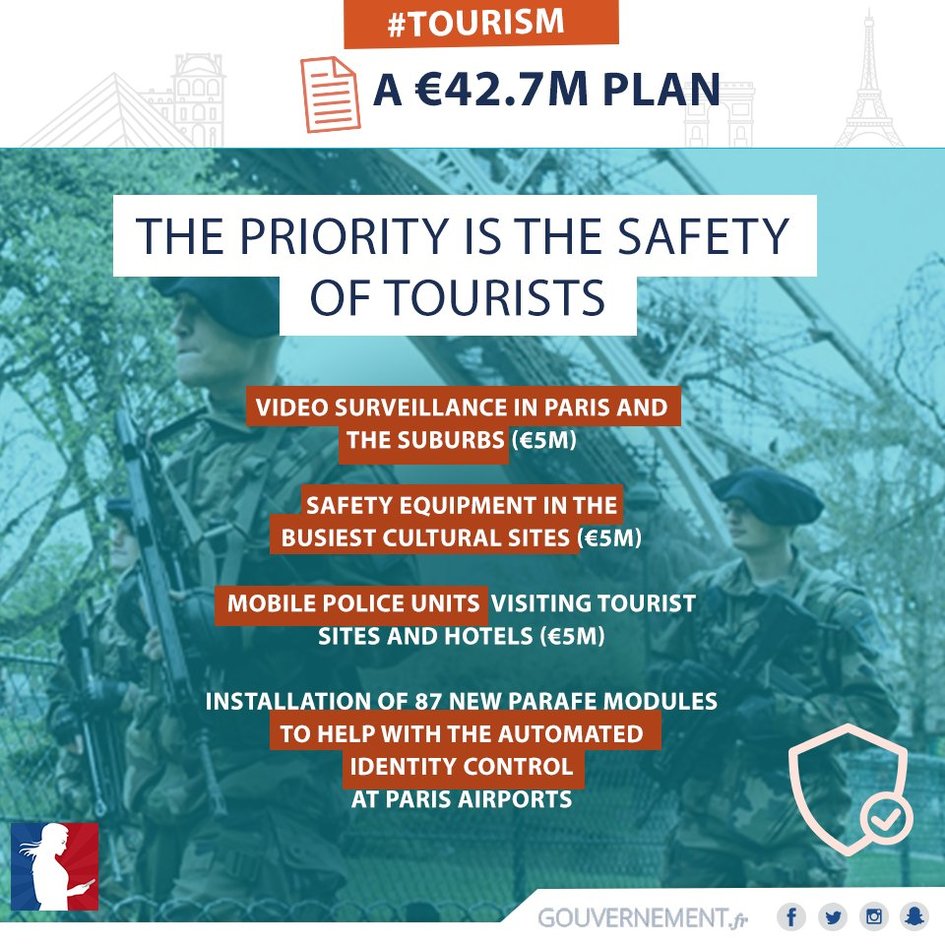 ENTERING AND TRAVELLING WITHIN FRENCH TERRITORY

What identification is needed to enter and travel within French territory?

All foreign visitors, including European Union (EU) nationals, must carry identification (passport or national identity card). The police may require visitors to show identification at any time, including when entering or leaving national territory.

The increased security checks have little effect on waiting times in airports or stations with international lines (Thalys, Eurostar, etc.).

For non-EU nationals who require a visa in order to enter French territory, have the issuance conditions changed in recent months?

Visa issuance conditions have not changed. Waiting times have even been reduced in a certain number of countries. Visa validity periods also remain unchanged.

What public transport security measures have been taken?

Checks prior to boarding have been stepped up for flights and international rail services. Thanks to the increase in staff numbers in recent months, waiting times remain more or less unchanged.

More generally, surveillance and control measures have been introduced on public transport. The police can carry out checks on people and baggage. They also reserve the right, as an exceptional measure, to prohibit people from carrying certain personal belongings that are considered dangerous.

What security measures have been taken in French hotels?

Under French law, hotels are required to ask all foreign customers to complete an individual police form. Moreover, each establishment has the right to carry out security checks.

What security measures have been taken in restaurants, bars and clubs?

Restaurants, bars and clubs are open and operating normally. However, to guarantee the security of their customers, each establishment has the right to carry out security checks (bag inspections, frisking, etc.).

What security systems are in place at museums and tourist attractions?

Public cultural institutions in Paris, Île-de-France, and France more generally have stepped up their security measures (bag inspections, frisking, refusing entry to people with large suitcases, etc.). If they feel it is necessary, the authorities may take exceptional measures regarding the conditions of access to certain institutions to ensure public security.

What security systems are in place in shops and shopping centers?

As a general rule, security has been stepped up (bag inspections, frisking, refusing entry to people with suitcases, etc.).

Have specific measures been taken regarding the organization and running of public events?

Events held in public spaces are authorized. Specific security systems are in place to ensure that they run smoothly.

Has the calendar of conferences, congresses and exhibitions been changed?

For several months, event organizers and site managers have been working with representatives of the authorities to increase the security of exhibitions, trade fairs, congresses and other events that are organized and hosted. The calendar of these events has not been changed.

Please visit France.fr, the official site for tourism in France. 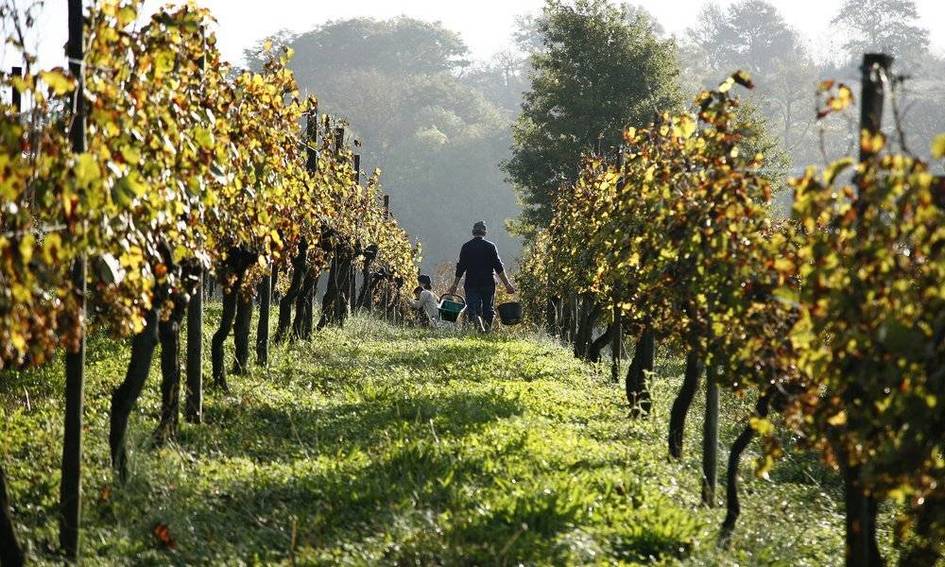