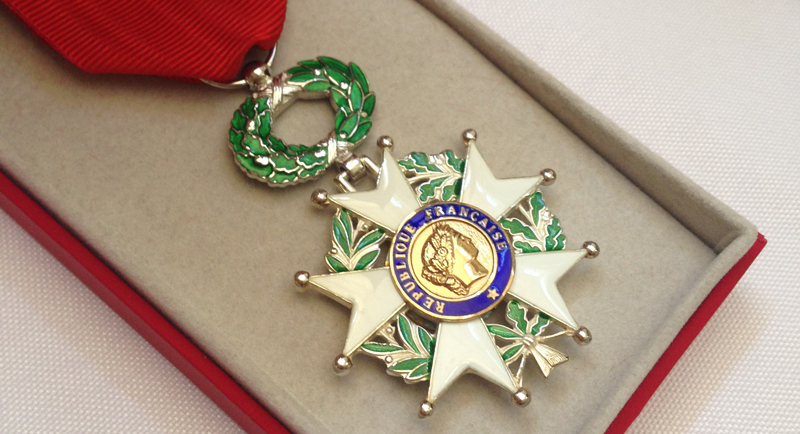 Emory School of Medicine professor Max Cooper received the Legion of Honor, France’s highest recognition of service, for his outstanding contributions to science during a ceremony at the French Residence on March 21, 2018.

Cooper has advanced the understanding of immunology during a career dedicated to research into the genesis and development of immune cells. These advances have not only led to better understanding of the immune system, but also the diseases associated with it.

Founded by Napoleon Bonaparte in 1802, the National Order of the Legion of Honor recognizes eminent services to the French Republic. Cooper was presented the award by French scientist Alain Pompidou, son of former French president Georges Pompidou, in the presence of French Consul General Louis de Corail.

Cooper completed his studies at Tulane University School of Medicine in New Orleans. From 1963 to 1967, he worked in a research lab at the University of Minnesota, where he demonstrated the existence of two lineages of adaptive immune cells with different origins and functions in chickens. The discovery differentiated between T cells, which come from the thymus and are responsible for cellular immunity, and B cells, which he found in the bursa of Fabricius, an organ unique to birds, and which produce immunoglobulin.

The cells’ existence was a major discovery in immunology and allowed scientists to advance their understanding of certain diseases in the human immune system.

Next, at the University of Alabama in Birmingham, Cooper focused on the function and development of these cells, especially the B cells, studying immunoglobin isotypes and highlighting the phenomenon of isotype switch as B cells matured.

In 1974, while conducting research at University College London, his team discovered the origin of B cells in mammals — in the bone marrow for adults and liver for fetuses. This major advancement in the understanding of the immune system allowed Cooper to better grasp the many mechanisms that multiple diseases use to affect B cells.

Cooper’s research has also focused on T cells: His work studying cells recently released from the thymus has been useful in evaluating the organ’s functional impairments in patients with AIDS and primary immunodeficiencies.

HIs recent work at Emory University has provided a better understanding of the evolution of the acquired immune system.

From 1988 to 1989 Cooper was president of the American Association of Immunologists (AAI). The association has also honored him with several awards:

Cooper has also served as the Howard Hughes Medical Institute Investigator. He was a visiting scholar at the Institut Pasteur in Paris and has been a member of the prestigious National Academy of Sciences since the late 1980s as well as the Institute of Medicine since 1990. In 2017 he was inducted into the Academies des Sciences in France and the Royal Society of London in England.

He is the recipient of numerous awards including: the Sandoz Prize for Immunology in 1990, the Avery-Landsteiner Prize in 2008 and the Robert Koch Prize in 2010. He received an honorary diploma from Duke University in 2013.

The transmission of knowledge and advancement of tomorrow’s scientists is of great importance to Cooper. During the last six years he has supervised five doctoral candidates and 17 post-doc graduates.

For a slideshow of Cooper’s decoration ceremony, click the photo below: 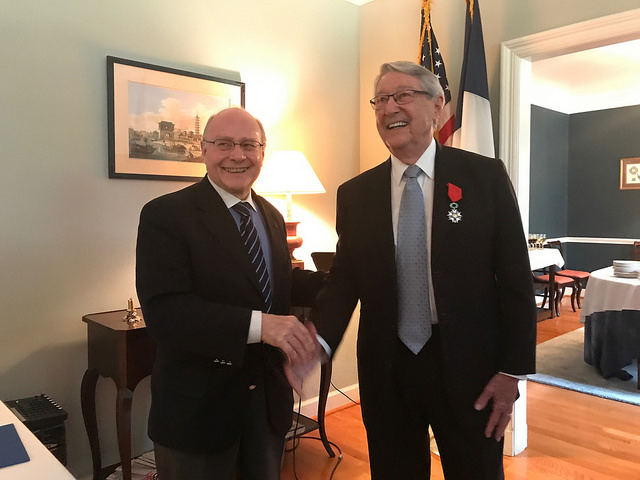