Jordan Peyret joined the Office for Science and Technology of the French Embassy in the Unites States in November 2017, as Deputy Scientific Attaché. 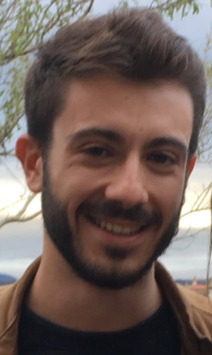 Based at the Consulate of France in Atlanta, Peyret’s job is to assist the Scientific Attaché, Valérie Trenteseaux in carrying out scientific missions in the U.S. Southeast, especially in the field of university cooperation.

After earning an Associates technology degree (DUT) in biology with a specialization in environmental engineering, Jordan Peyret completed his B.S. in Environmental Biology at Napier University in Edinburgh. Back in France, he obtained his Master’s degree at the University of Lyon.

He began his career at the company, SOCOTEC, which specializes in polluted sites and soils in Lyon. In 2015, he joined the engineering firm Artelia, known for their specialization in the evaluation of environmental and societal impacts of international development projects. His dedication to the university environment and his taste for international affairs led Peyret to apply for the French International Volunteer Program in business at the Consulate General of France in Atlanta. He described this experience as "a logical continuation of his career".

By integrating the network of the Scientific and Technological Service of the French Embassy in the United States in the constituency covering the seven Southeastern states, "Jordan will help to promote French sciences and further exchanges between students and researchers across the Atlantic," said Trentesaux.

The International Volunteer Program (VI) was created in 2000. The program is aimed primarily at students, recent graduates, or job seekers aged 18 to 28, the VI is a rewarding professional experience of up to two years, and a springboard for an international career.