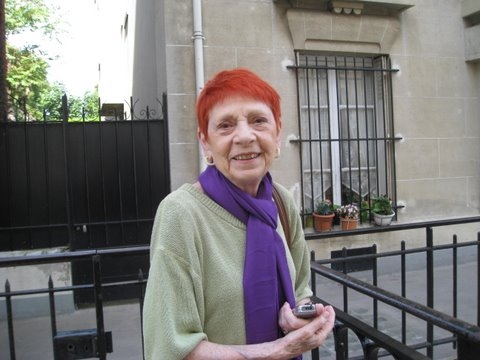 On September 20, during a friendly ceremony, French Consul General of Atlanta Pascal Le Deunff elevated RÃ©gine Reynolds Cornell, PhD, to the rank of Officer in the National Order of Academic Palms.

This distinction was granted Dr. RÃ©gine Reynolds Cornell in recognition of her dedication to the knowledge and the teaching of the French culture and language and of her engagement serving the communities she came to know well, whether in the context of her professional or private life, in France and abroad.

Born in Paris, Dr. Reynolds Cornell quickly embarked on a career with the United Nations, in New York, then in Africa, where she, among other activities, trained volunteers in French prior to their departures to work in hospitals.

Married in Africa, in Kenya, she returned to New York and then devoted herself to her family and a long and brilliant academic career during which she received the highest honors: namely, at Southwestern University in Georgetown, Texas, from 1969-1986, then at Agnes Scott College in Decatur, Georgia, where she taught until 1996, but also at Duke and Princeton uinversities as well as other scholarly institutions in Washington, DC, and New York.

A specialist in French history, civilization, literature, and the Renaissance, theatre constitutes the topic of her numerous publications, courses, and projects.

Ever active, Dr. Reynolds Cornell is today a consultant to the High Museum. On October 23, at 7:00 pm, she will give a presentation on Arnaud Tuffin, Marquis de la Rouerie at the Alliance franÃ§aise in Atlanta.