Home > French-American Relations > The Legion of Honor for US veterans > Portrait of a hero > Private Harry C. Quinn, Jr.

Private Harry C. QUINN Jr. was 17 when the war broke out. Born third family of one brother and six sisters in Lincoln County, Mississippi, his mother looked to him to him as the man of the house after the loss of his daddy. At the age of 18, he was drafted in the army and trained at Camp Blanding before heading to England. 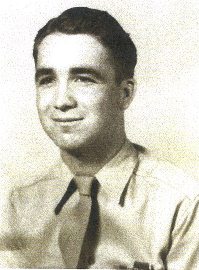 “Being a young person, most of my peers went to the Pacific,” Quinn explained. “As I attract a lot of mosquitos, I was happy to go to Europe.”

A rifleman with the 22nd Regiment of the 4th Infantry division, Quinn was fourth in line to climboff the landing craft into the Higgins boat headed for Utah Beach on June 6, 1944.

“After we got to Normandy, I don’t think they knew what we would face. There was barbed wire in the water. Our barbed wire is like nothing. I brought a piece back […] that my daughter keeps locked up. There were posts in the water with bombed attached. If you hit that post, you’re blown out of the water. I don’t see how any of us survived with all the things they had waiting for us.

“Somehow we missed it. We stayed down. We kept our heads down until we hit shore. Then we were like a bunch of teenagers running for their lives.”

Quinn’s first impressions of the French were not the most positive.

Years later, in 1984, this impression would be replaced by a far different one.

“When I was in Normandy with my wife, the French were cool until they found out we were at Normandy, and then they were very nice. I love the French people! You couldn’t ask for a kinder people.”

Following combat at Utah Beach, Quinn participated in the headrow battle in the Normand countryside. Troop advances were especially difficult due to the numerous hedgerows that favored the defensive position of the German army. Quinn and his unit protected themselves in the trenches, but it remained difficult to rest, due to the German weapons that created a horrible noise that Quinn will never forget.

He next headed to Cherbourg, which they were supposed to take on June 19th. It was during those deadly clashes with enemy troops that he was gravely injured in the leg. Thanks to the help of some brave medics, he was moved to a field hospital and then eventually evacuated to England.

“I was hit in the right knee and that side of my body. They’d put a big cast from my stomach down to my foot. My knee was torn to pieces…I asked my friend later when they finally took Cherbourg, and he told me the 27th. I told him that if I was there, we’d have taken it on the 19th, but I got shot that day.” 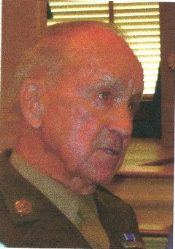 The chatty veteran detailed his experience at the military hospital and how an administrative error that prevented him from returning to the State subsequently saved his life. The flight he would have taken back to the US was shot down by V-2 rockets and there were no survivors.

Quinn finally returned to the U.S. by ship in August 1944. He spent the rest of his time in a New Orleans hospital until he was discharged that December.

“Daddy is very humble,” boasted Quinn’s daughter Beverly Weeks, who was by her father’s side for the interview. “He’s very kind, family-oriented, middle-class. He didn’t talk about the war for the first 45-50 years of my life, and when people see the scars on his leg, he just says, ‘Oh, I got shot at D-Day.’”

At 89-years-old, Mr. Quinn is known for being a team member at the assisted living where he has resided not far from Weeks since the loss of his wife of 66-years last year. As one who “likes to get out” he works often in the rose bushes and helps move chairs around.

“You never forget something like this,” said Quinn of the upcoming 70th anniversary of D-Day. “It makes me realize you’re just lucky you made it out of the water. … I can’t say I’m a hero. I was just doing what my country told me to. My buddies that didn’t get off the sand, they’re the heroes.”