Home > The Consulate > News and Events > Presentation of the insignia of Commander of the National Order of the (...)

Presentation of the insignia of Commander of the National Order of the Legion of Honour to Rev. Jesse Jackson [fr] 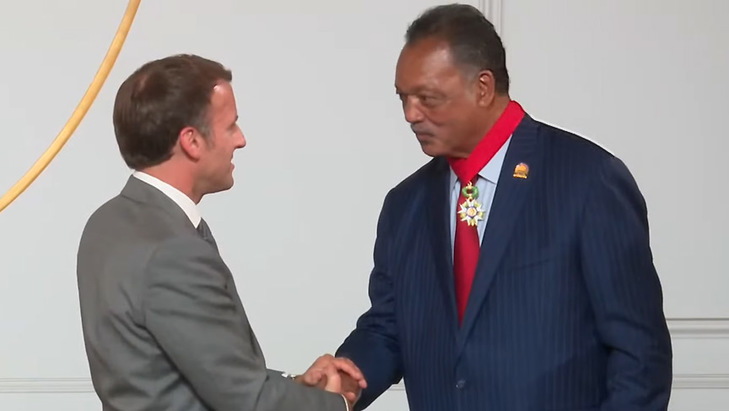 A close associate of Martin Luther King, leader of a major civil rights movement and former candidate for the Democratic presidential nomination, Reverend Jesse Jackson has been a tireless campaigner for peace, justice and fraternity. He is also committed to education and climate protection.

His action, based on the strength of argument, the rejection of all forms of racism and exclusion, and emphasizing citizenship and the hope of progress, has inspired several generations of activists and public leaders throughout the world. The values promoted by Reverend Jackson are universal and reflect those of the French Republic.

The President of France wishes to honour a friend of France and, with this distinction, to celebrate the historic alliance between the French and American peoples for a democratic and just society.