Home > French presence in the US Southeast > Honored French citizens > Philippe Chatillon, or the embodiment of serene international (...)

Philippe Chatillon, or the embodiment of serene international trade 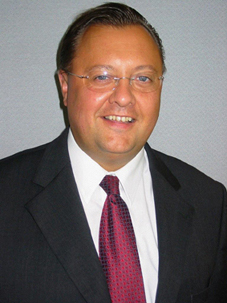 Though Philippe Chatillon chose to leave the setting suns of his native town, Rouen, to find the unchained skyline of the wide American open spaces, Victor Hugo’s “City of the Hundred Steeples, ” Stendhal’s “Athens with Gothic style, ” and the city which has been the epicentre of so many others great names of French history, will nevertheless continue to nourish through the imagination the ever-present memories that Chatillon retains of his French origins.

Following his business studies in Bordeaux, where he majored in finance and international trade, Philippe Chatillon discovered the US at the age of 22, thanks to an academic stay in Chicago. After several experiences in companies such as Control Data and Thompson Multimedia, which allowed him to become familiar with international operations, he joined the temporary employment and recruitment agency Randstad in 1996 in Paris for 4 years before moving to Atlanta in 2000 to work as Director of Strategic Planning for the entire American territory. This Norman would eventually decide to make Atlanta his own adopted city.

The Dutch group Randstad had a similar approach in 1993, making the city of Atlanta the cradle of its American adventure playground. Currently the second largest company for human resources management and temporary employment in the global market, the destiny of the group in Southeast was transformed with the organization of the 1996 Olympic Games in Atlanta. This event was a key moment for the city, which allowed Randstad to recruit 17,000 workers and access great visibility in the Southeast. “With 740 agencies and 80,000 temporary employees, Randstad U.S. is now a major pillar and a dynamic economic motor of the region,” said Chatillon.

Upon arrival in Atlanta with his wife and three children, he chose the American education system, dreaming of giving his family all the opportunities to develop a double culture for a successful integration. Searching for French expatriates who already had experience in the local education system, and rather uninformed about the hidden assets of Atlanta, Chatillon and his family greatly appreciated the information provided by the numerous French expatriates living in Atlanta. « It’s a fabulous point of entry when you arrive here. All these people helped us a lot to integrate into the local community. »

Fully engaged in the local economic life, Chatillon was a member of the French-American Chamber of Commerce for 5 years. Since 2005, he has contributed to the support of French business trade as a French Foreign Trade Advisor for the US Southeast, appointed by the French Government, which led him to work in collaboration with Ubifrance in order to collect information and contacts in the American market. In the midst of this overwhelming task, juggled with a position as guest lecturer at Georgia Tech since 2005, Chatillon nevertheless tries to find time to dedicate to his passion for music and playing the piano in jazz clubs.

For this eclectic in love with travel, arts and jazz, Atlanta is a top choice to satisfy his desires for escape, thanks to its growing cultural supply and its world-class airport , which allow him to accommodate both professional and personal interests. In the last 10 years, Chatillon has discovered Alabama, Louisiana, Florida and the French districts of Charleston and New Orleans. The good life inherent to the region and its climate, the considerably rapid development of economic and cultural partnerships between Atlanta and abroad, are all variables which convinced him to make his mark in the Southeast.

Then came the crisis in 2008. “For the temporary employment agency Randstad, the impact was strongly felt.” While the activity of Randstad on the temporary work market has recently stabilized, Chatillon has been able to witness the bravery of the American people, encouraged to challenge themselves and adapt to the new economic context. “It is much like a boxing match, people take hits but always get up again. There is always the possibility of a second chance.” A second chance that Philippe Chatillon is proud to represent within Randstad. “Far from a negative image of the interim, sometimes unfairly associated with job insecurity, it allows people to have another chance to re-enter the world of work and provide for their families. The great strength of Americans is their refusal of fatalism, judging not by origins but by results, and moving forward.”

Following his experience and his functions, Chatillon remains a humble person at the core of reality, characterized by altruism and honesty.

As both a place of cultural and professional fulfilment, part city, part country, Philippe Chatillon found in Atlanta the perfect compromise and a good quality of life. He could see himself staying in the area in the future, while keeping a strong link with France and the city of Rouen, of course!

Philippe Chatillon submitted to a questionnaire of Proust :