New member of the Consulate’s science and technology team [fr]

The Consulate General of France in Atlanta is pleased to welcome Yann Méheust, the new Deputy Attaché for Science and Technology. 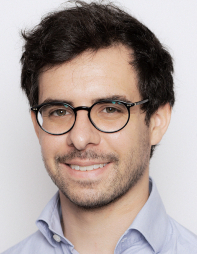 Yann Méheust holds a Master of Science in biology from the École Normale Supérieure de Lyon and a Master in environmental economics from the Institut Agronomique de Paris. His academic coursework led to his specialization in molecular biology as well as to numerous research experiences in France and abroad, including at Stanford University and the Institut Curie in Paris.

Outside the lab, Yann has participated in several projects to popularize scientific information for the general public, notably through events held during the annual Science Festival and the European Heritage Days.

Yann joined the Consulate General of France in Atlanta in September 2020 as the Deputy Attaché for Science and Technology. He aims to actively participate in the development of the scientific relationship between France and the U.S. Southeast, particularly in the sectors of health and the environment.