The French Consulate General is happy to welcome a handful of new employees and interns. 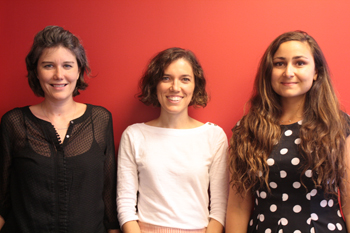 The new members of the team — who hail from France and the United States — are joining the Cultural, Consular, Presse and Science departments. The fall will be a busy and exciting time at the consulate ahead of France-Atlanta 2017, our annual series of events in science, culture, business and humanitarian affairs. Bienvenue à Kathryn, Jessica, Becca, Léa and Mallory.

Kathryn Miner — Assistant to the Cultural Attache Kathryn Miner holds a PhD in French literature from Emory University, where she taught courses in French grammar, literature and culture for seven years. She received her BA from Furman University with a double major in French and English. Soon after, she was chosen to participate in TAPIF (Teaching Assistant Program in France). As a language assistant, she spent a school year in Pau, where she conducted conversation classes in two middle schools before continuing her education at Emory in 2008. A nineteenth-century specialist, she is delighted to start a position that will allow her to expand her knowledge of contemporary French culture.

Jessica Denis — Administrative Consular Assistant Jessica Denis moved to Atlanta in 2015 after obtaining her bachelor’s degree in education sciences from the University of Rouen and her diploma for teaching French as a foreign language (DAEFLE) from the Alliance Française Paris-Ile-de-France. She decided to teach French after obtaining a triple bachelor’s degree in applied modern languages at the universities of Aix-en-Provence, Northumbria (England), and Granada (Spain). While not at the consulate, she teaches French at the Alliance Française d’Atlanta.

Becca Milfeld — Interim Press Attache Becca Milfeld has worked in journalism and media in Washington for the last nine years. Most recently she served as a general assignment editor/journalist at Agence France-Presse (AFP), where she covered, translated and edited news from the United States and Americas. Previously she worked in web and mobile journalism at AFP and POLITICO, and in multimedia outreach at George Washington’s Mount Vernon estate and museum in Virginia. During her first year after university, Becca taught English at a high school in St. Etienne as part of the Teaching Assistant Program in France (TAPIF). She holds a master’s from Northwestern University’s Medill school of journalism and a bachelor’s in history from William and Mary. 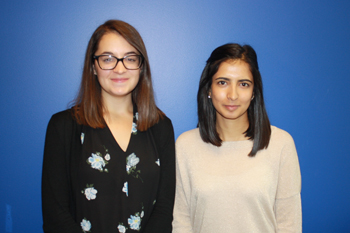 Léa Ozdal — Press Intern Léa Ozdal is a third-year student at Sciences Po University in Paris where she is studying humanities and social sciences. In order to complete her academic program, she is interning in the consulate’s press department. She previously interned at the prefecture in the French Deparment of Nièvre, where she prepared presidential and ministerial visits. Léa has a strong interest in public service administration. She will assist the press attaché and the consul general with communication and other projects for the southeast United States.

Mallory Bryan — Science Service Intern Mallory Bryan is a sophomore at Georgia Tech where she is studying international affairs. She is interning for three months at the French Consulate, where she hopes to improve her French and increase her knowledge in the field of international relations. Originally from Georgia, she will help the science department prepare for France-Atlanta 2017.