This fall is marked by new projects and most of all, new agents at the Consulate. 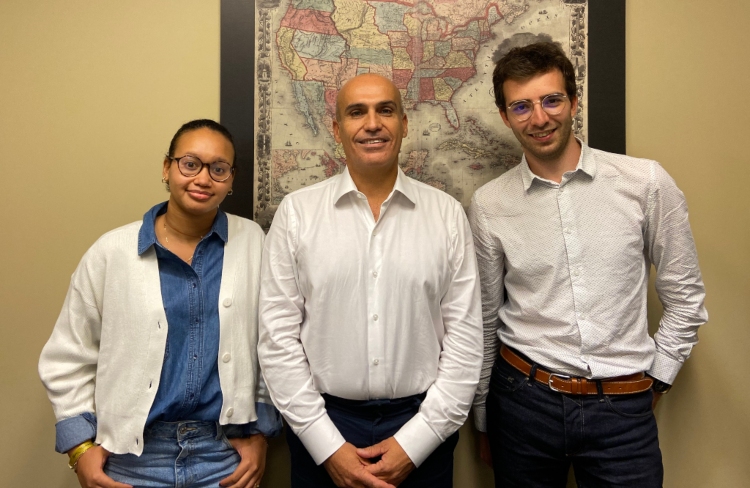 David Ruffel: Cooperation and Cultural Attaché David Ruffel is agrégé in modern languages and a graduate of the University of Montpellier. On September 1, 2021, he joined the Consulate as Cultural Attaché and Director of Villa Albertine-Atlanta. From 2018 to 2021, he served as Attaché in charge of books and the debate of ideas at the French Institute in Cairo, Egypt. In the early 2010s, he created and directed a contemporary art festival in Casablanca, Morocco: Masnaâ. He still co-leads a literature and essays collection at éditions Verdier in Paris. He has taught Francophone contemporary literature and culture at the high school and university levels in Montpellier and Paris.

Benjamin Boumard: Deputy Attaché for Science and Technology Benjamin Boumard holds a Master’s degree in Biosciences from the Ecole Normale Supérieure in Lyon and a Ph.D. in Cell Biology from the PSL University. His Ph.D. work, which was completed at the Institut Curie in Paris, focused on genetics, genomics, stem cells and oncology. During this time, he became interested in scientific cooperation and innovation and decided to pursue his career at an international level. As a member of Atlanta’s Office for Science and Technology, he will support the development of scientific and academic cooperation between France and the United States, promote French research and innovation and facilitate the network of French researchers based in the U.S. Southeast.

Taïs Voydeville: Press and Communications Intern Taïs graduated with a Master’s degree in political and institutional communications from Université Paris 1 Panthéon-Sorbonne. She is interested in working in the public sector and previously served as an intern with the press office of Assistance Publique-Hôpitaux de Paris. Tais looks forward to discovering the diplomatic sector during her internship with the Consulate’s Communications and Press Office.