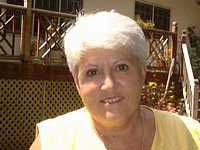 Whether it be in the exchange of languages, cultures, or business, Michèle Olivères is an expert in the business of exportation. President of the French American Chamber of Commerce in Atlanta (FACC) since December 2007, Michèle insists that she followed the traditional educational trajectory of most French children: high school, the baccalaureate, college, a master’s degree. Yet the enterprises she has managed to create following her immigration from France to the United States in 1979 are by no means “traditional.”

Indeed, no amount of schooling or degrees can instill the kind of dynamism and dedication that Michèle possesses. She is multi-talented and since her arrival in the United States has mastered the America art of multi-tasking, working as an entrepreneur and volunteering her time to a number of organizations. Michèle is also multi-lingual: A native of Toulouse, France, who holds a master’s degree in English literature, she is fluent in French, English, and in Spanish.

It was not teaching English, however, that brought this Toulousian from France to the United States. Rather, it was overseas commerce, a theme which would gain increasing prominence in Michèle’s life over time. In 1979 Michèle’s husband, Jacques, president of a French company, was transferred to the firm’s New Jersey office. Michèle, an avid traveler, willingly set out with her husband on the journey across the sea.

Once she had received her green card, Michèle immediately began working, teaching English, French, and Spanish at a local language institute. Then in 1992, her husband’s firm relocated to Atlanta. With the move came a new era of cultural exchange for Michèle. No longer content to help people hear the world in different languages, Michèle decided that she also wanted to help them see it. In the early 1990s, she forged a new career and founded the travel agency Oliver’s Travels, which has since become a pillar of the Atlanta French-American business community.

Interested in providing support to French companies doing business in the Atlanta area, in 1997 Michèle began serving on the board of the FACC, a non-profit association which organizes training seminars, networking opportunities, and additional professional support for its members. She served as its Vice President for two years before becoming President a year ago. Her first items of business were to increase membership and to raise the salaries of the organization’s full-time employees; she has succeeded on both counts. In addition, Michèle serves on the boards of the Alliance Française and Ecole du samedi. Having exported her own life from France to the United States, Michèle has remained keenly aware of the difficulties that moving to a foreign country can pose for her compatriots. She helped found Atlanta Accueil in 1994, an organization that helps French expatriates acclimate to life in their new home.

Since her arrival sixteen years ago, Michèle is pleased to note, Atlanta has become a truly international city. She speaks fondly of the daily interactions she has with people of all different nations and of the multicultural attendance at events organized by FACC. Michèle also feels great affection for her adopted city in great part to the way in which Atlanta reminds her of her hometown in France. She recounts the uncanny similarities: “a city not on the coast, but landlocked,” “a ‘southern’ city,” “a quality of life reminiscent in many ways of the countryside,” “very laidback,” and peopled with citizens of a more “outgoing” temperament than one might find in larger, more urban cities. The couplings do not stop there, as Michèle points out: “By chance, Toulouse is Atlanta’s ‘Sister City.’ It is even one of France’s most congested in terms of traffic!” Indeed, Michèle seemed destined for life in Atlanta from her earliest days in Toulouse.

Although chance may lead to unforeseen adventures, Michèle is not one to leave things to chance alone. Her engagement in the local community and commitment to international exchange is unfailing. For her dedication, this month Michèle will receive from His Excellency Mister Pierre Vimont, Ambassador of France to the United States, the French National Order of Merit, established in 1963 by General Charles de Gaulle to recognize extraordinary civilian and military service to France. As Michèle expresses both modesty and ambiguity about accepting the honor, it is clear that she does what she does not for medals but out of a desire to help her fellow human citizens.