The Consulate’s Press and Communications interns, Alexandra and Caroline, had the honor of interviewing French Major General Hubert Cottereau during the final days of his assignment in the United States.

Major General (MG) Hubert Cottereau is the first French participant of the U.S. Military Personnel Exchange Program (MPEP), which aims to strengthen professional and cultural relationships between the U.S. military and its allies. In July 2019, he arrived in Fort Stewart, Georgia, for a 2-year mission as Deputy Commanding General (DCG) of the 3rd Infantry Division of the U.S. Army. His American counterpart, DCG Todd Wasmund, arrived in Marseille in 2020 for his posting with the French Army’s 3rd Armored Division.

As Deputy Commanding General, MG Cottereau was in charge of the 3rd Infantry Division’s maneuvering and planning tasks, including the organization of training sessions and the implementation of strategies to fight natural disasters and the COVID-19 pandemic. The Major General reflected on his participation in the exchange program as a positive professional experience: “It has been, professionally speaking, a huge benefit to me, in terms of professional development, tactics, etc.” He also explained that the program was an opportunity to reinforce the relationship between France and the United States – through developing and increasing mutual confidence, interoperability, and shared knowledge of approaches to Large-Scale Combat Operations.

When asked if there were any barriers to his integration into American military life, MG Cottereau explained that he faced none. Nevertheless, he highlighted that differences in language and doctrines were two challenges that he had to confront at the beginning of his assignment. Despite these challenges, MG Cottereau praised the American military for its “constant willingness to integrate [him]” and for “the pleasure of working with American soldiers.”

Overall, MG Cottereau regards his MPEP exchange in the United States as an enjoyable and rewarding experience from which he gained valuable insights into American culture and military operations.

French Army Brig. Gen. Hubert Cottereau, incoming deputy commanding general for maneuvers, his wife and their children were welcomed to the 3rd Infantry Division during a Retreat Ceremony Aug. 15, at Newman Fitness Center on Fort Stewart, Ga. Cottereau is the first French officer to serve in one of the 10 U.S. Army divisions. The U.S. and U.S. Army has a partnership with allied foreign militaries, which allows foreign officers to serve in the U.S. Armed Forces.
(Photo courtesy of the U.S. Army) 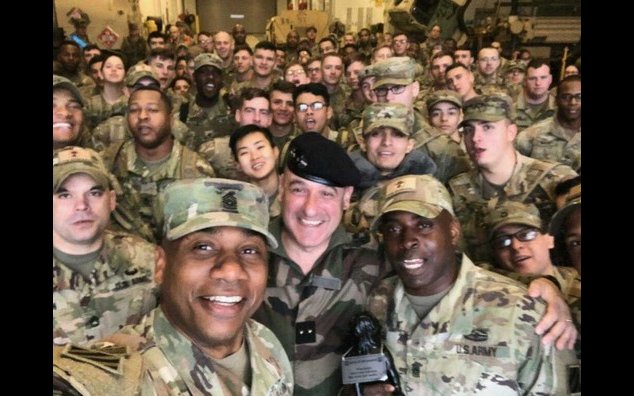 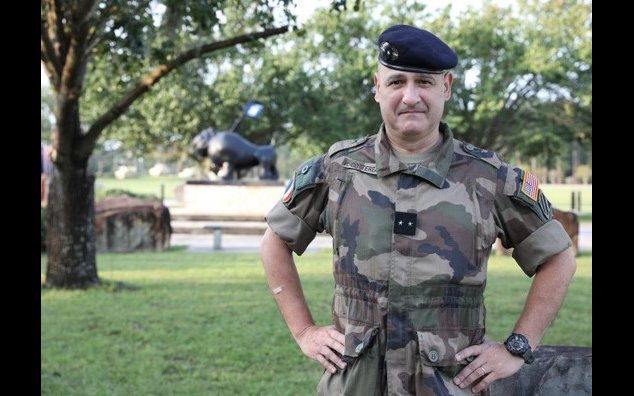