Home > French presence in the US Southeast > Honored French citizens > Marc Mallet, Ambassador of the French language in Atlanta

Marc Mallet, Ambassador of the French language in Atlanta 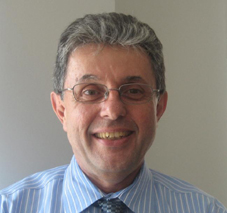 Marc Mallet, the director and one of the founders of l’Ecole du Samedi is a trained French teacher who has been based in Atlanta since 1987. Since 2002, he has served in Atlanta as a true link to French language and culture, both for children who attend classes, as well as for the closely associated families.

Born and raised in Bordeaux and passionate about the French language, he entered the Ecole Normale de Bordeaux thirty years ago to become a teacher. Then, in 1979, he decided to settle in the United States with his wife Carol, an American nurse from Georgia, whom he had met in Paris.

He then taught French in international schools located in New Orleans and Denver, before having the honor to work at the bilingual school of Berkeley. Next, a professional opportunity led Marc Mallet and his family to Atlanta, allowing them to return to Carol’s home, where he was charmed by the hospitality and the climate of the south. He is now a French teacher at the Lovett School in Atlanta.

Being conscious of expatriate parents’ concerns regarding their children’s education, Marc Mallet, along with Cynthia Mot, quickly had the idea to offer educational services outside the public school system, noting, “I felt a deep concern for the French community and their children’s education. They were wondering whether it was better to speak in French or in English, knowing that many children are not enrolled at the international school.” Being very involved in the education of his son Jeremy, who left France at the age of two, Marc never hesitated to confront early bilingualism by enrolling his son in international and bilingual schools, while choosing English as the language spoken within the family.

L’Ecole du Samedi takes into account the individual pace of each child by offering two programs: one for children of French origin and another for children whose mother tongue is not French. Out of the 130 children, aged 18 months to 12 years, more than 20 nationalities are represented, with French functioning as the common link. “This is more of a student support program in the sense that in only two and a half hours on a Saturday morning, we cannot pretend to be a substitute for a bilingual school.” However, the great satisfaction for Marc Mallet is witnessing the significant progress that L’Ecole du Samedi can have on a student, as well as knowing that this training can allow students to reintegrate more easily into the French system.

Beyond just teaching a language, Marc Mallet emphasizes the importance of links between foreign communities living abroad. This French teacher is above all an expatriate for whom it is crucial to be able to share his culture with others, especially with those who are living far from their origins. He is therefore very active in the French community of Atlanta. Through L’Ecole du Samedi, Marc involves the parents of students by organizing meetings, barbecues and a year-end show.

The French authorities quickly recognized Marc Mallet’s extraordinary work promoting French language and culture, which was demonstrated in 1999 when he was awarded the “Ordre des Palmes académiques.” Far from considering this award as an end in itself, Marc Mallet has no shortage of projects to boost his organization’s participation—in fact he just launched a new educational program for children as young as 18 months.