Home > The Consulate > News and Events > Legion of Honor ceremony recognizes the contributions of Gérard (...)

France’s highest distinction, the National Order of the Legion of Honor was created by Napoleon I in 1802.

On June 21, 2021, at the French Residence in Atlanta, Mr. Gérard Guyard, a prominent figure of the French business community in the Southeast region, was decorated with the insignia of Chevalier de la Légion d’honneur.

Mr. Guyard is the Executive Chairman of GravoTech as well as a member of the French Foreign Trade Advisors Committee for the U.S. Southeast and a former member of the Board of the French-American Chamber of Commerce of Atlanta. Through these commitments, he actively contributes to the ties between the economic communities in France and the United States.

“Mr. Gérard Guyard is a captain of French industry, active in the United States, France (particularly in the Rhône-Alpes region) and the rest of the world. His tireless energy and his commitment to the economic influence of France fully justifies his appointment to the Ordre National de la Légion d’honneur." 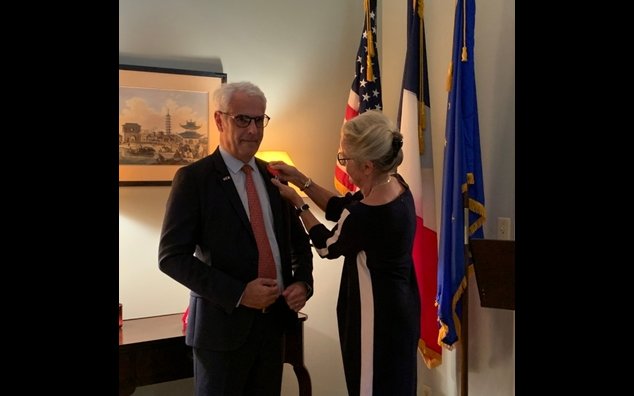 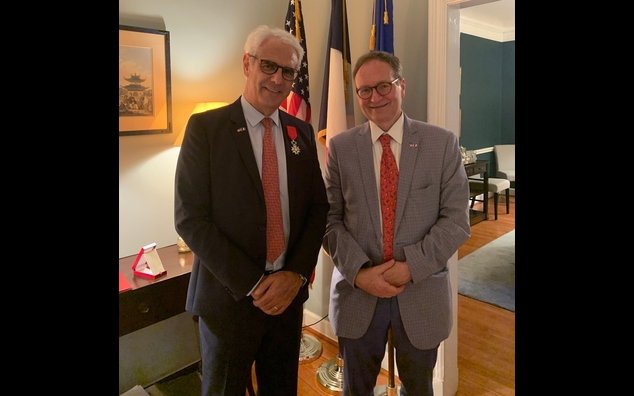 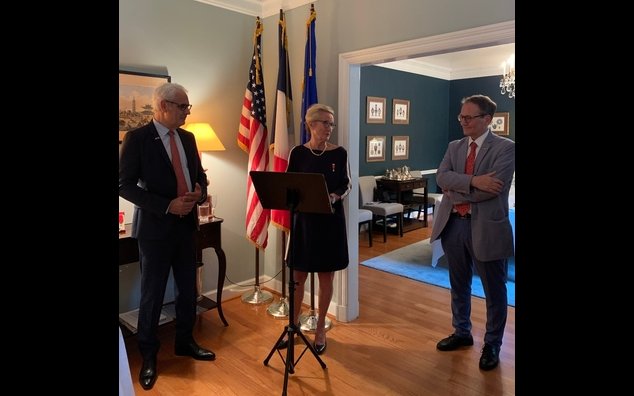