Home > French presence in the US Southeast > Honored French citizens > June 25, The Deputy Consul in Charleston

June 25, The Deputy Consul in Charleston 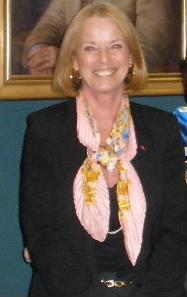 June 25th, the Deputy Consul of the Consulate General of France in Atlanta, Etienne Abobi, will travel to Charleston, South Carolina.

In this occasion, Etienne Abobi will announce officially the appointment of our new Honorary Consule of France in Charleston, Corinne Gayard Mills, to the authorities of the city as well as to the local French community. Because of the growing number of French citizens settling down in Charleston, the Ministry of Foreign and European Affairs has decided to create a post of Honorary Consul in this region, to improve the quality of the service returned to the French people of South Carolina. In this respect, Mrs Gayard Mills is entitled to represent the French nationals with the local authorities, defend their interests and their person. She also can, within the limits of the mandate which gives her the French State, achieve administrative or legal acts (delivery of ID cards, legalization of signature, certificates of life, and so on).

During his journey, Mr Abobi will also hand the Legion of Honor to Mason Dorsey, Second World War Veteran in Johns Island. Created in 1802 by Napoleon Bonaparte, the Legion of Honor is the highest award of France. It rewards the eminent services returned to the French Republic, on appointment of the President himself. This way, France marks its eternal gratitude and recognition of all the French people to those who fought in 1944-45 for an ideal of peace and freedom. Mr Dorsey will receive this distinction for his bravery : among his numerous feats of arm, he participated in the military campaign organized near the French-German border, the decisive operation for the liberation of the country.

Finally, Etienne Abobi will hand the Knight’s title in the Order of the Academic Palms to Josette Sharwell. The Order of the Academic Palms was created in 1808 by Napoleon Bonaparte to recognize the exemplary work of teachers and professors. This distinction will be awarded to her in recognition of her commitment dedicated to the knowledge and teaching of the French culture and language.