Christian Bréchot, MD, PhD, President of Institut Pasteur will give a guest lecture on “The Institute Pasteur : History and Future Prospects” at Emory University on February 12. 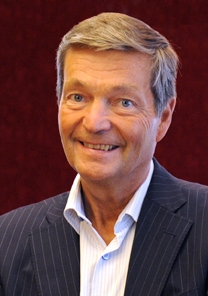 Founded in 1887 and based in France, the Institut Pasteur is an international research institute of excellence with a mission to advance science, medicine and public health. The Institut Pasteur is a private, non-profit foundation with recognized charitable status entrusted with four core missions of public interest – Research, Education, public health, and Valorisation of scientific research via technology transfer and industrial partnerships.

President of Institut Pasteur since October 1, 2013, Christian Bréchot holds MD PhD degrees. He has been trained at the Institut Pasteur, and at the Necker Faculty of Medicine. In 1989 he became full professor of Cell Biology and Hepatology, and in 1997 he was appointed head of the clinical department of liver diseases at the Necker-Enfants Malades Hospital. He has been in charge of a research unit at the Necker Faculty of Medicine, jointly supported by Inserm (the French National Institute of Health and Medical Research), Paris Descartes University, and the Institut Pasteur; he was also head of the National Reference Centre on viral hepatitis from 1998 to 2001. From 2001 to 2007, Christian Bréchot was General Director of Inserm. From 2008 to 2013, he has been appointed Vice-president in charge of Medical and Scientific affairs of the Institut-Mérieux company. He has been also involved in the Scientific Direction of the Technological Research Institute BIOASTER on infectious diseases and microbiology, a joint action between Lyon and Paris Institut Pasteur.

This lecture is presented by the Laboratory of Biochemical Pharmacology and Emory’s Center for Aids Research (CFAR).