On November 4, the Maison de France in Raleigh, NC will be inaugurated in presence of Vice-Consul Véronique Pret. 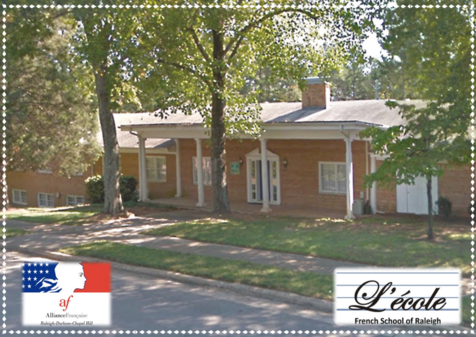 Since September 2017, the French School of Raleigh and the l’Alliance Française de Raleigh have been relocated into the same building to respond to a growing demand of French classes for all levels and ages in Raleigh. It is therefore now at the Maison de France that cultural, intellectual, and artistic exchanges will occur, all the while promoting the French language.

In addition to teaching French to children and adults, the mission of the Maison de France is to contribute to the diffusion of French culture through the organization of various events, be it cultural, literary, gastronomic or musical. In parallel, it is hoped that the space will one day house different associations connected to France, such as the creation of a consular agency.

“In five years, I’d like to see the Maison de France as a place in the Triangle Region where all activities connected to France are located and where all francophiles can get together,” shared Honorary Consul of France Marie-Claire Ribeill, one of the visionaries of the project.

Founded in 2009 at the initiative of Ribeill and a group of French, American, and French-speaking parents, the French school of Raleigh was developed thanks to a FLAM program initiated by the Cultural Services of the Embassy of France and managed since 2009 by the Agency for French Education Abroad (AEFE). Its mission is to help children become bilingual by applying both academic methods and cultural activities.