For the fourth consecutive year, restaurants around the globe came together to celebrate French cuisine by offering French-inspired meals as part of "Goût de France / Good France," a unique global dining event held on five continents across more than 150 countries.

The French Consulate General was proud to partner with Atlanta restaurant Le Bilboquet to host an evening of food and merriment with Michelin-starred chef Stéphane Tournié of Les Jardins de l’Opéra in Toulouse, France.

The event took place on March 21 as part of the biggest French dinner in the world, in which restaurants served vibrant and innovative French cuisine.

Les Jardins de l’Opéra, which is something of an institution in Atlanta’s sister city of Toulouse, serves simple, high-quality French cuisine made with mostly organic ingredients. Toulouse and Atlanta have been paired as sister cities since 1974, a four-decade partnership that has fostered frequent cross-cultural collaboration and exchange, such as this year’s Goût de France / Good France.

“We are excited to partner with Chef Tournié and Le Bilboquet to organize this year’s Goût De France in Atlanta,” said Louis De Corail, consul general of France in Atlanta. "This unique dining experience will showcase France’s culinary traditions and promote the excellence of French gastronomy throughout France and abroad.”

Gout de France / Good France aims to unite all types of restaurants around the world. The first edition of the international event took place in 2015 soon after UNESCO placed the country’s "Repas gatsronomique des Français" on the World Intangible Heritage list.

Under the program, participating chefs give diners a unique "art de vivre" experience, including some of the best aspects of French gastronomy: enjoyment, conviviality and respect for good food and the planet.

For a slideshow of this year’s Goût de France / Good France, click on the photo below: 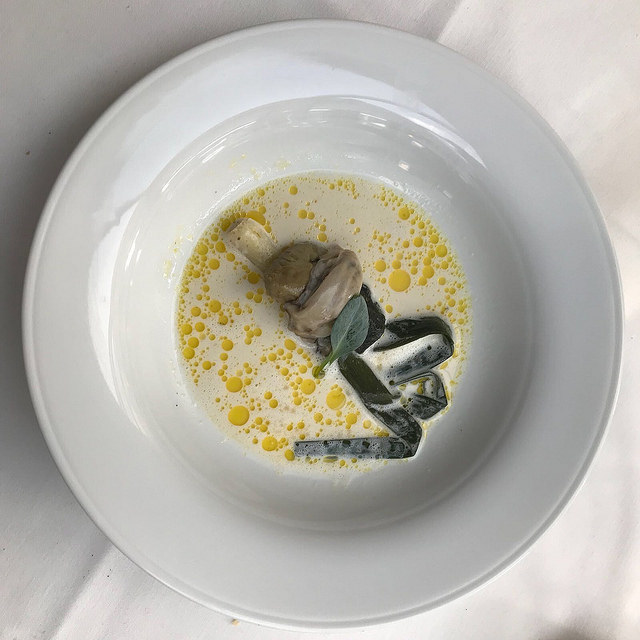 This year’s diner was carried out with the participation of the City of Toulouse as well as the generous support of Air France.