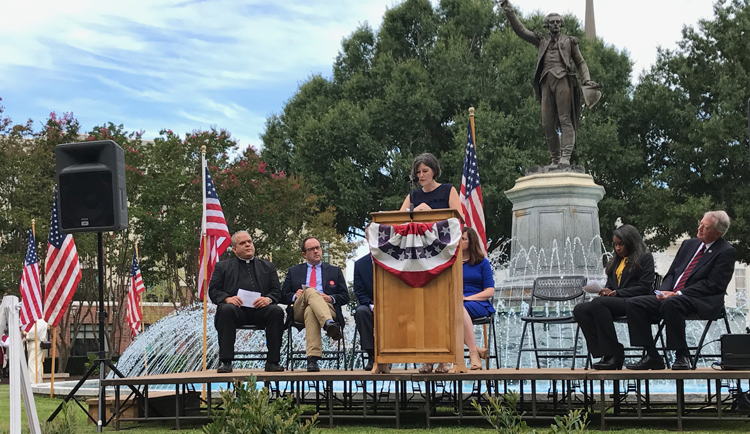 The state of Georgia has a new annual holiday. September 6 has been declared Marquis de Lafayette Day, which is nothing if not a perfect emblem of longstanding Franco-American friendship and a reminder that France and the United States are each other’s oldest allies.

The French Consulate General in Atlanta was honored to be a part of a wreath laying ceremony and commemoration marking the inaugural Marquis de Lafayette Day in the city of LaGrange, Ga. where a statue and fountain honoring the Marquis has stood in the town square since 1976 as a reminder of the city’s historical ties to the general.

Lafayette, the Frenchman and Revolutionary War hero, showed up on America’s doorstep in 1777 at age 19. He was a member of one of France’s wealthiest families, yet was lured to the Revolution by its call for equality and self-rule. Initially rebuffed by Congress, which was tired of war-thirsty young Frenchman clamoring for commissions, he was made major-general when the Americans learned of his family credentials, eventually proving his mettle in battle and becoming something of an adopted son to George Washington.

With these merits in mind, the Lafayette Alliance, a LaGrange association that promotes and honors the ancient general, lobbied for a day commemorating the Revolutionary War hero.

A measure adopting the holiday was passed by the Georgia State House and Senate in January, with Georgia Governor Nathan Deal signing the final proclamation in February.

The Lafayette Alliance’s interest in the Marquis is due in large part to an interesting historical connection between the city and Lafayette. In 1824, long after the death of Washington and many of his Revolutionary cohorts, Lafayette returned to the United States for a triumphant tour, which included Georgia. While traveling through Western Georgia with then Governor George Troup in 1825, Lafayette remarked how the countryside resembled that surrounding his wife’s estate, Château de la Grange, not far from Paris. The region was just being settled and the estate’s name was given to the new county seat.

This year’s celebration of the holiday, which falls on Lafayette’s birthday, included a wreath laying and remarks by Mayor Jim Thornton, Lafayette Alliance President Richard Ingram and French Consulate cultural assistant Kathryn Miner, among others. The Sons of the American Revolution Color Guard performed a presentation of the colors and firing of salute and the LaGrange Community Band played the French and U.S. national anthems.

Lafayette participated in the Battle of Brandywine where he was shot in the leg, braved the long winter at Valley Forge, escaped capture at the Battle of Barren Hill and fought at the Battle of Monmouth, before returning to France to press King Louis XVI for more aid. Upon returning to the United States, he was made commander of the Virginia Continental Forces in 1781 and was also a hero of the Battle of Yorktown, which marked the American victory over the British.

Lafayette was staunchly in favor of an end to U.S. slavery. Upon return to his homeland he helped launch the French Revolution in 1789. While sitting on the French National Assembly he drafted the Declaration of the Rights of Man with the help of Thomas Jefferson, which the body adopted. As the French Revolution continued, Lafayette ultimately fled France and was imprisoned in Olmütz by the Austrians. His fortunes were confiscated. Afterwards, he settled at Château de la Grange.

For a slideshow of the September 6 ceremony and wreath laying, click on the below photo: 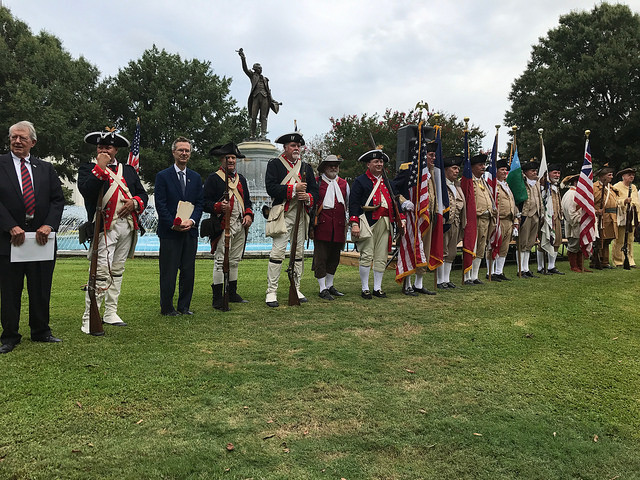