Home > From the desk of the Consul General: November 2018

From the desk of the Consul General: November 2018 [fr] 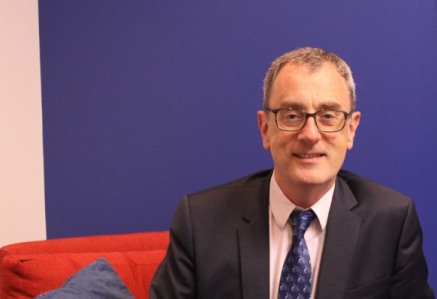 The consulate’s annual France-Atlanta event series was a success thanks to everyone’s work, in particular our American partners — the Metro Atlanta Chamber, Emory University, the City of Atlanta (represented by Mayor Keisha Lance Bottoms, who honored us with her presence at our Welcome Reception) and our sponsors. This year’s sponsors were: Delta-KLM-Air France, UCB, Mailchimp, the Metro Atlanta Chamber, the Honorable Anne Cox Chambers, Airbus Aerial, Rubicon and Jade Fiducial.

Whether from the scientific, cultural, humanitarian or governmental domains, our visitors from France had a good stay. A giant thank you goes out to Jean-Claude Dardelet and Sophia Belkacem-Gonzalez de Canales who represented Toulouse, as well as Dr. Khalifé Khalifé, a physician and regional advisor from France’s Grand-Est administrative region. New bilateral collaboration will no doubt arise from the meetings, bringing France and the capital of the U.S. Southeast even closer. A big thank you, of course, to our co-organizer Georgia Tech and to the entire Consulate General team, which worked throughout the year to create France-Atlanta 2018. Don’t forget to take a look at this year’s photos.

November 11 will mark the 100-year anniversary of the armistice that brought World War I to an official end. Numerous ceremonies will take place over multiple battlefields to commemorate the final year in the war’s centenary, which started in 2014.

French President Emmanuel Macron will attend a series of commemorative events while traveling throughout France over the course of more than five days. He will visit 11 French administrative departments: Bas-Rhin, Moselle, Meurthe-et-Moselle, Meuse, Ardennes, Marne, Aisne, Nord, Pas-de-Calais, Somme and Oise. A Franco-German ceremony will take place in France’s Armistice Clearing in the Compiègne Forest on the afternoon of November 10, bringing together Macron and German Chancellor Angela Merkel.

On November 11 at 11:00 a.m. more than 120 foreign dignitaries representing WWI’s waring nations, including U.S. President Donald Trump, as well as international organizations such as European institutions and the United Nations, will gather in Paris to honor the past as well as reflect on the future. One way France is helping lead the way on this matter is through the upcoming Paris Peace Forum, an initiative that will present concrete proposals on global peace and governance.

Closer to home, a remembrance ceremony organized by the Georgia WWI Centennial Commission will be held at the Atlanta History Center, which will be open to the public. Please attend and help carry on the memory of all those who gave their lives on the European continent.

Finally, a special "Francophonie" shout out to the international French network TV5 Monde, which took a major step in the U.S. Southeast in October. Thanks to a partnership agreement with Comcast Xfinity, the French-language international channel will now be offered in Atlanta, Nashville and Memphis. It was inaugurated at the very moment that the Sommet de la Francophonie was taking place in Yerevan, Armenia. You can now enjoy this high-definition network via two channels: TV5Monde and TV5Monde Cinema On Demand. Canadians, Quebeckers, the Swiss, Belgians, the French and of course all fans of the French language in the U.S. Southeast will be delighted with this excellent new offering.