Languages and traveling. Two life long passions that have lead this charismatic professor to achieving one of her dreams, teaching abroad. 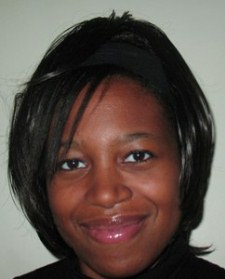 Born into a family of professors, Natacha Biyong always knew she wanted to continue the tradition. Her mother a French professor, and her sister both a French and German professor, teaching languages runs in the family. However, Biyong dreamed of teaching abroad. With masters in both English (University of Lyon 2) and French as a Foreign Language (University of Lyon 3), she began looking for positions. “I wanted to travel”, Biyong explained with laughter, “So I applied to several places all around the world and it was in the United States that I ended up being offered a job here in Mississippi”. After having enjoyed her previous experiences in Pennsylvania and North Carolina as a French teaching assistant during her studies, Biyong was glad to have landed a position as a French instructor at the University of Mississippi.

The South, it turned out, was a whole new world. Before moving to Mississippi, she had very little contact with the southern culture, having mostly traveled the northern and western regions of the US. With only one trip to Atlanta under her belt, she dove headfirst into the southern lifestyle: “The first year I was at Ole Miss I didn’t know the South at alI, I didn’t know the southern culture at all.” Biyong was quick to admit the southern accents and the seemingly overly friendly and welcoming way of life proved to be a cultural shock. But with her relaxed demeanor, it is no surprise she quickly adjusted and now feels at home in the US. Her four years at Ole Miss helped her discover it is not English she truly loves to teach, but her native language, contrary to her original intentions. Having no current plans to move back to France, she is pleased to stay in Oxford as a French instructor.

For the moment, teaching is her main focus. Instructing beginner and intermediate level French classes, this dynamic professor finds the most gratifying aspect to be the ability to watch the students progress: “[the students] realize they can do things they did not believe they were capable of when they first started [...] they don’t necessarily realize at first, but little by little they start to gain confidence in their French.” Yet, it is not only within the class room she can see their progression. She participates and leads multiple groups on campus, such as French Club and the French Table, allowing her to interact with the students on a regular basis outside class hours, widening the students’ opportunities to use their newly learned skills.

Some may think it would be difficult to stay in contact with the French culture in Mississippi, but Biyong has little problem in doing so. On a daily basis, she prefers to watch French news: “ Despite Oxford not having an overwhelming francophile presence, Biyong still is able to connect with the French language regularly. Once a month, along with other professors, she enjoys participating in “Le Franco-bar” where many French speakers like to meet up and talk over drinks. While being fond of her time here in the US, it is her friends and family she misses most. She travels back to her hometown Lyon at least once a year, usually more. In between visits, Biyong never looses touch. Thanks to Skype, she is able frequently talk to all her friends and family, like the countless amount of people with loved ones abroad.

When staying around Oxford, she enjoys playing basketball, as well as going to games, and spending time with her friends at restaurants, the movies, and in the park. But by far, Biyong’s greatest passion is to travel. Whenever her busy schedule allows, she prefers to spend her free time traveling, having already been to England, Germany, Switzerland, Jordan and Cameroon, just to name a few. She is always living life to the fullest; it is understandable why she likes to live by the phrase “Profite de la vie”.